The preponderance of economic and financial crimes like Advance Fee Fraud (419), Money Laundering, etc has had severe negative consequences on Nigeria, including decreased Foreign Direct Investments in the country and tainting of Nigeria’s national image. The menace of these crimes and the recognition of the magnitude and gravity of the situation led to the establishment of the Economic and Financial Crimes Commission (EFCC). The legal instrument backing the Commission is the attached EFCC (Establishment) Act 2002 and the Commission has high-Ievel support from the Presidency, the Legislature and key security and law enforcement agencies in Nigeria.

With his appointment by President Muhammadu Buhari, GCFR, on February 16, 2021, and confirmation on February 24, 2021, Abdulrasheed Bawa becomes the fourth Executive Chairman of the Economic and Financial Crimes Commission, EFCC.

His ascent to the exalted office holds much significance. First, he is the youngest, so far, to occupy the office. Second, he is the first core EFCC personnel to have the privilege to mount the saddle. Others before him were either serving or retired Police Officers.

Bawa’s emergence as EFCC boss is not fortuitous. Those who had some niggles, particularly owing to his frame, age and youthful looks, when President Muhammadu Buhari sent his name to the Senate for confirmation as the EFCC Chairman-designate, were pleasantly shocked when he eventually appeared for his screening at the National Assembly. 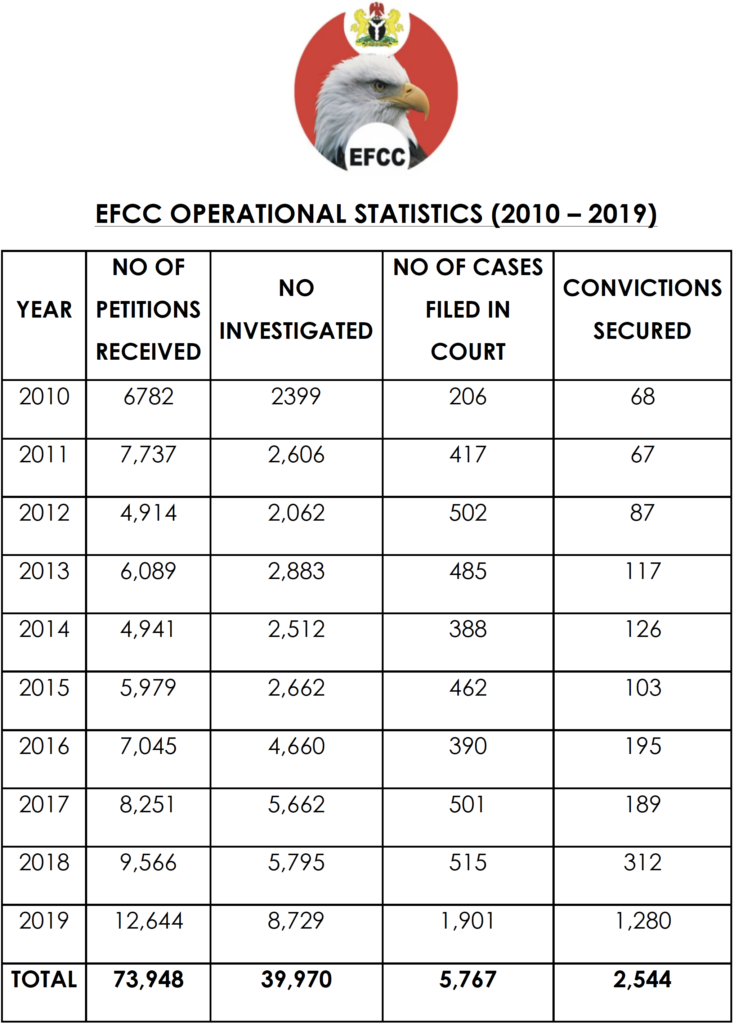 The Operations Department comprises of the following sections:

WHAT EFCC DID WITH RECOVERED LOOT

A lot of questions have been asked by Nigerians in the past in respect of recovered loot by the Commission; these questions were given some prominence under the administration of a former chairman, through a certain George Uboh who has a dubious history of being a serial convict, first in the United States and recently in Nigeria for fraud. The Commission, however, uses the petition addressed by Uboh to the National Assembly to put the records straight on what EFCC did with the recovered loot. Find below, point-by-point response to the allegations. 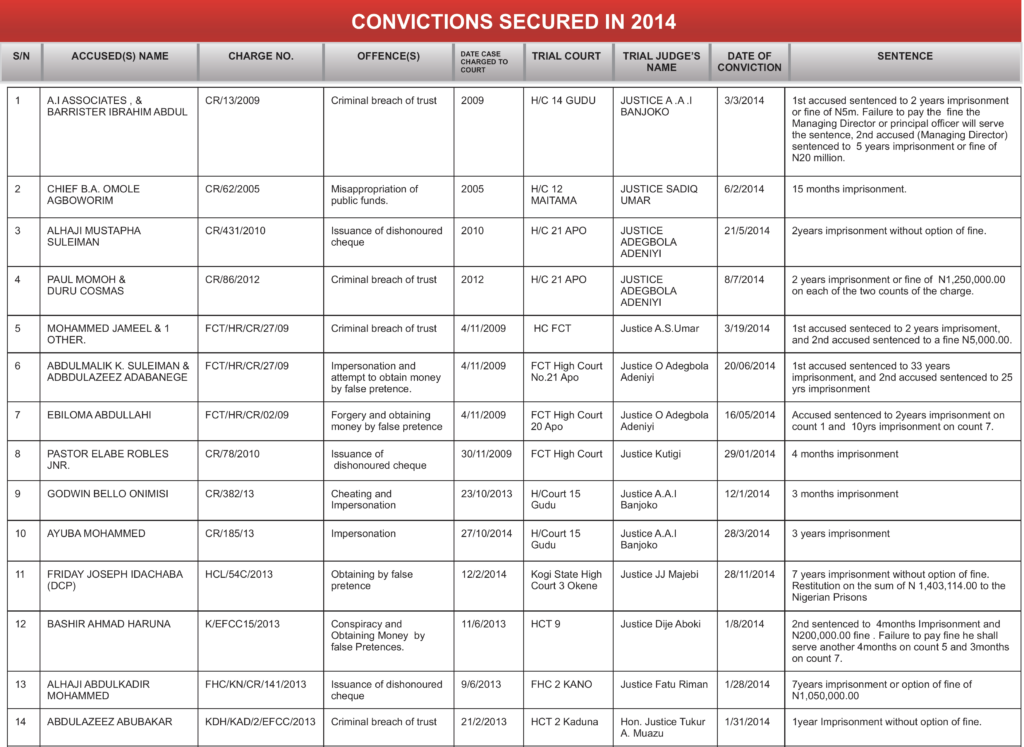