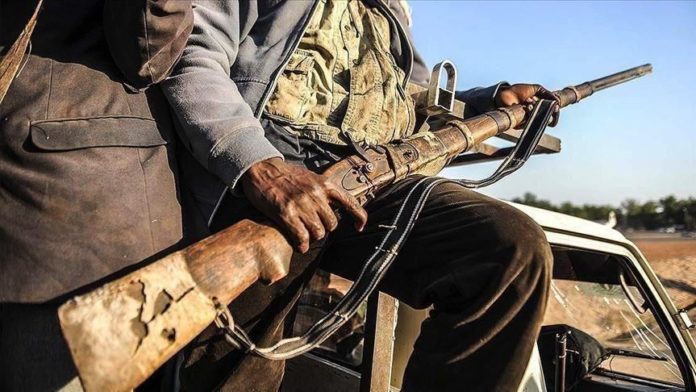 There is tension in the Guri Local Government Area of Jigawa State as yet to be identified hoodlums killed an officer of the Nigerian Army.

According to reports, the soldier was killed when he was settling a conflict between farmers and herdsmen in the LGA.

According to him, “the soldier was killed while on duty after they responded to a distress call to down tension following the public unrest after the herders reportedly encroached farmland.”

He also added that the military man was shot with a bow and arrow before using a machete on his body.

He said the hoodlums had also carted away the soldier’s rifle.

The local council chairman said the suspected hoodlums are believed to be herders in search of pasture.

He, however, noted that security agencies are investigating the incident.

Farmers’ and herders’ clashes are annual, especially along the Guri axis in Jigawa state.

The military is yet to react to the unfortunate incident that claimed the life of the soldier.

Meanwhile, two people died, while 17 others were injured in a motor accident along the Kiyawa-Jahun road in Jigawa State.

He said the incident happened on Thursday, at about 0600hrs, involving a Toyota bus with Reg No. MGM435XA conveying passengers to Maiduguri, Borno State.

He explained that the incident occurred around Katika village when the driver lost control of the vehicle as a result of overspeeding thereby colliding with a tree by the roadside.

The accident victims were immediately evacuated and rushed to a PHC Center in Kiyawa LGA, and two people were certified dead while others sustained various degrees of injuries.

Those that lost their lives include Moh’d Atiku and Cecilia Peter, and the injured passengers were referred to FMC Azare, Bauchi State.