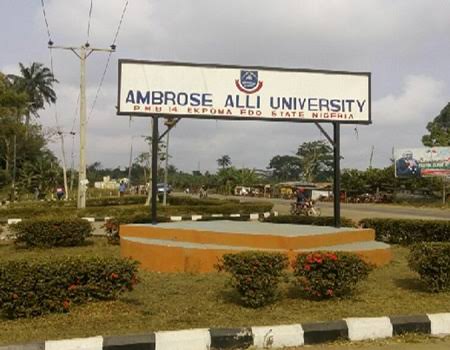 11 students of Ambrose Alli University (AAU) in Ekpoma have been arrested by the police over alleged criminal conspiracy, cultism and unlawful possession of prohibited firearms.

Olumuyiwa Adejobi, the force spokesperson, broke the news at a briefing in Abuja.

According to him, the suspects were arrested in July across different locations in Ekpoma by the force’ Intelligence Response Team (IRT).

Adejobi added that their arrest followed “credible intelligence on activities of cult groups in the area”.

He also said during investigation, the suspects confessed to being members of a secret cult, the Black Axe confraternity.

Other are 17 rounds of K2 live ammunition and three live cartridges.

Adejobi said the suspects were arrested in June following credible intelligence on activities of a notorious bandit group operating within Bauchi state and its environment.

“The police investigation had shown that the group actively participated in several kidnapping and armed robbery operations in the area,” he said.