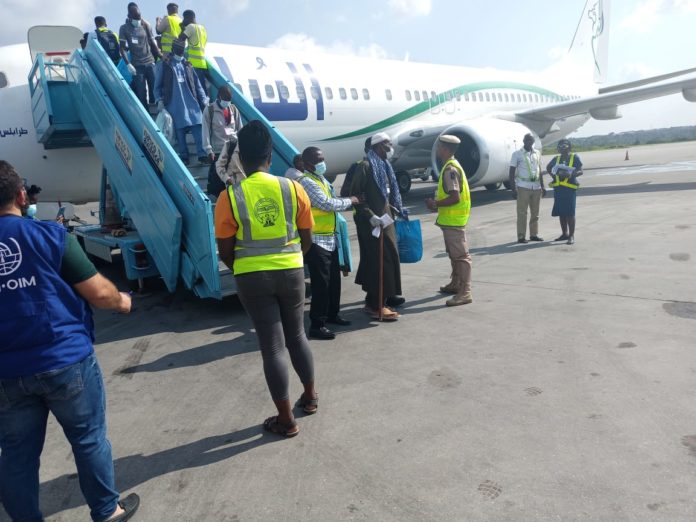 A fresh batch of 143 Libya returnees has arrived in Nigeria.

Among the returnees who arrived in Nigeria through the Cargo Wing of the Murtala Muhammad International Airport, Ikeja, Lagos State with Al Buraq Air Boeing 737-800 registration number 5A – DMG are two adults with serious health issues.

Giving a breakdown of the profile of the returnees, National Emergency Management Agency said they consist of 96 ninety-six male adults, eight boys, and a male toddler while female adults were 36, thirty-six,  a girl, and a female toddler.

He said female and male adults were among them with serious medical issues.

However, the Coordinator did not disclose the nature of their health issues.

Nigeriacrime.com learned that the returnees voluntarily returned to the country courtesy of the International Organisation for Migration through the assistance of donor nations in Europe.

It will be recalled that in June two separate batches of returnees were successfully brought back.

While the second batch a total of 131 Nigerians stranded in Libya were also received on June 29 by officials of the agency.