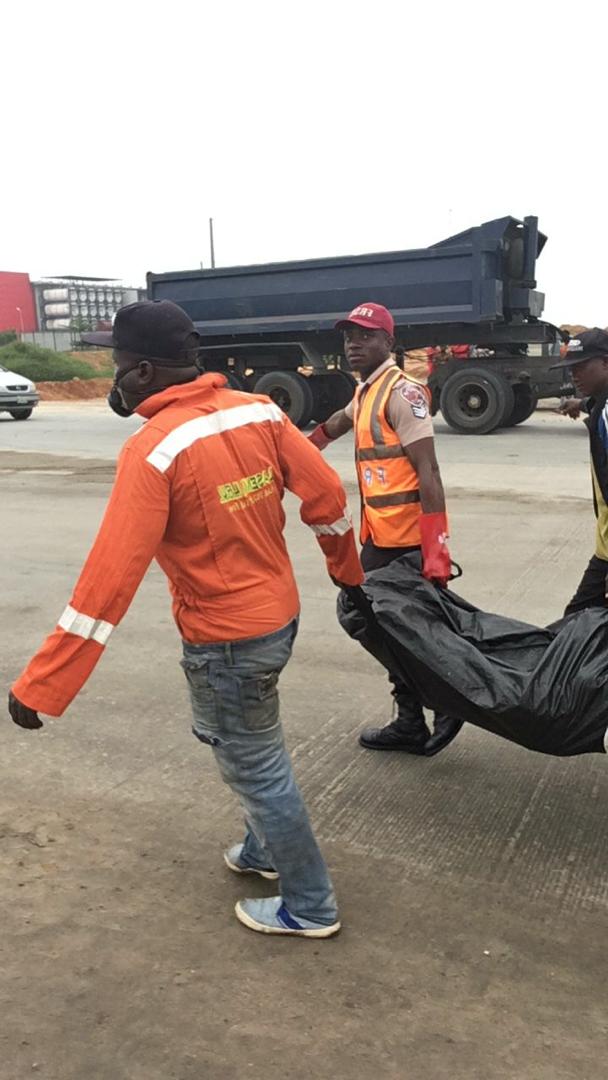 Sixteen persons were killed in an auto crash that occurred along Alaro city, in Epe area of Lagos, in the early hours of Tuesday.

The tragic incident involving two vehicles: a white commercial bus with plate number KTN 262YJ and an articulated truck with an unknown plate number, was attributed to impaired visibility and reckless driving within the construction corridor.

Nigeriacrime.comlearned that twenty-three male adults were said to be in one commercial bus whose destination could not be ascertained as of press time.

However 16 of them lost their lives, five of them sustained injury, while the rest two were rescued by officials of the Lagos Sector Command of the Federal Road Safety Corps, FRSC without injury.

FRSC operatives and other emergency management agencies are on ground to ensure prompt recovery and evacuation of all crashed vehicles.

“He admonished motorists and road users to always observe construction signage and speed limits at such zones.

“He also used this medium to commiserate with the families of the deceased, while wishing the injured quick recovery”.

Recall that a few days ago, two male soldiers and one female civilian were killed in an auto crash around Obadeyi Bus Stop, Ijaiye, Lagos-Abeokuta Expressway, Lagos State

The accident involved a truck and a Mitsubishi saloon car with registration number RNG396AA.

According to the Lagos State Emergency Management Agency, one male adult, who survived the fatal crash, was taken to the hospital for treatment.

The corpses of the dead victims of the accidents have been “bagged while waiting for military pick up and SEHMU.”

The truck was reportedly driving the wrong way when it collided head-on with the Mitsubishi car which had four occupants in it.”

“The Agency responded to an accident that occurred between a truck and a Mitsubishi saloon car with reg. no. RNG396AA.”