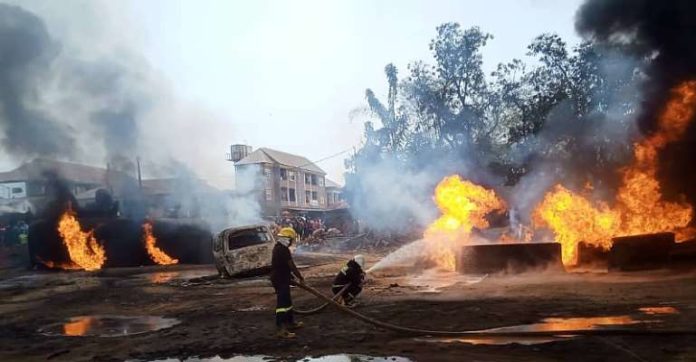 A 22-year-old physically challenged man Namang John was burnt beyond recognition while about seven others were injured in fresh violence in the Folloh community of Butura, Bokkos local government area of Plateau State.

Also, many houses and food barns as well as cars and motorcycles were burnt after the attackers allegedly looted the property.

NigeriaCrime.com learned that the deceased could run when other members of the family escaped the attackers.

Recall that, nine people were killed and seven others wounded in Maikatako community of the same local government area a few days ago.

The victims were given a mass burial on Wednesday evening while the injured are receiving treatment in the hospital.

Although security agencies like the Police and Operation Safe Haven did not confirm the incident as the Police Public Relations Officer, DSP Alfred Alabo could not be reached and the Military Spokesman of Operation Safe Have, Capt. John James said he had no details of the incident, but a native, Masara Kim said the deceased was his cousin, confirmed and stressed the attacks were coordinated and aimed at impoverishing the people as before the incident, many crops due for harvest were destroyed by the attackers.

Kim had said, “More than 20 houses were razed, a 22 years old man was burnt in a house, and seven people are currently being treated in the hospital as a result of gunshot wounds. Two security men were also injured. There are still threats of further invasion and the entire community is deserted.

“The deceased is Namang John, the son of my mother’s younger brother. He was affected by polio and he had difficulty walking, he limped, when the attackers came and people were running, he could not run so they trapped him in a room and set the house on fire. At the time I left the community, his ash was still on the ground.

“The attack was coordinated because some of them came with guns, daggers, hammers. Those with hammers were looting the houses and demolishing them, another group was setting houses on fire. The community was helpless with just the Dane guns and catapults.

“The security men that came did not confront them because they were few compared to the attackers. These people are not unknown but live in a neighbouring community, some of them had been arrested previously for grazing on the farmed crops of the natives.

“Having succeeded in grazing on the crops, they are now back to kill the people, the selected homes of the average families in the village. This is a tactical inducement of poverty in the village. Many farmlands in the Butura Ward have been destroyed by these same people.”