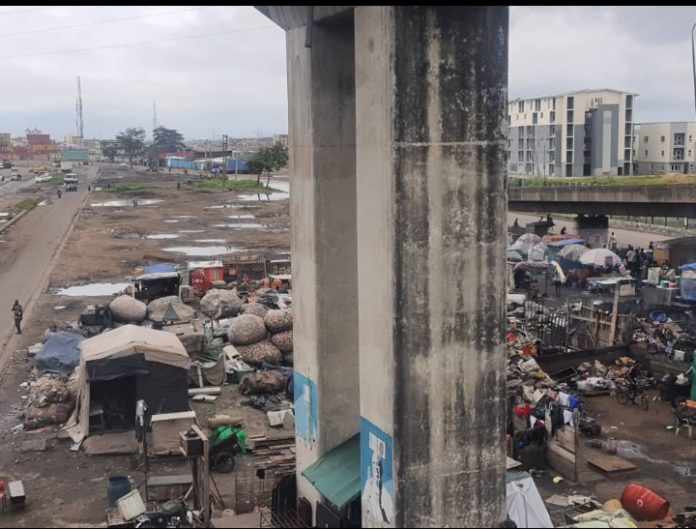 40 illegally parked trailers, trucks and tankers under flyover bridges at Costain to Iganmu area of Lagos have been impounded by operatives of the Lagos State Traffic Management Authority (LASTMA).

The enforcement operations was carried out immediately after the expiration of a seven-day Removal Order” served on them.

According to the General Manager of LASTMA Mr Bolaji Oreagba, the enforcement operations which was led by the Director of Operations (Headquarters) Mr. Peter Gbedemeje was carried out immediately after the expiration of a ‘7-day Removal Order” served on them.

Mr Oreagba disclosed further that the level of voluntary compliance was encouraging as majority had removed their heavy duty vehicles before the commencement of the enforcement operations.

“We are very happy with the level of voluntary compliance by owner/drivers of these illegally parked trucks including other illegal workshops such as Iron benders, mechanics, food/ Fruits vendors”.

These 40 impounded trailers were contravened around Ijora, Costain, Breweries and Ajegunle Park by Ijora Mobil Road area of Iganmu, Lagos

The Head of Operations, Mr Peter Gbedemeje stated that the cleanup exercise would be continuous and be extended to other parts of the State in order checkmate criminal activities across the State.

He however confirmed that owners/drivers of these impounded 40 trailers would be charged to court accordingly.