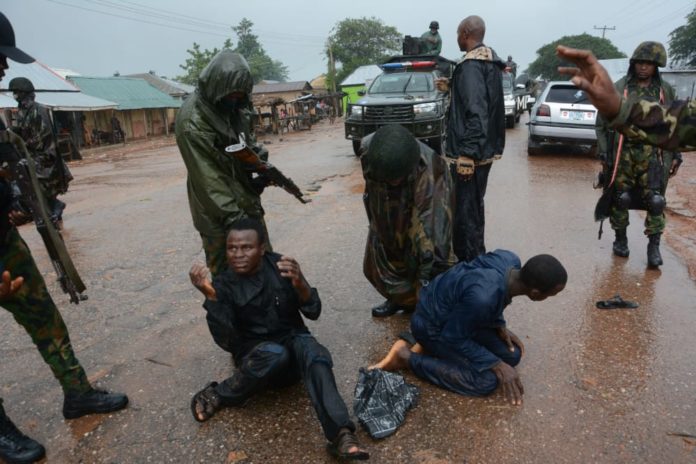 The onslaught of the bandits was carried out in Buruku, Udawa, Manini, Birnin Gwari, Doka, Maganda, Kuyello, and Dogon Dawa communities in Kaduna state, on Monday, 29 August 2022.

According to a statement by the Army headquarters, “In the firefight that ensued during the engagements, the patrol team overpowered the bandits with superior firepower neutralizing, one of them, while three others were captured alive, as some of the criminal elements escaped with gunshot wounds.

“Members of the public, particularly health facilities and paramedics are please urged to watch out for persons who may be seeking medical attention for gunshot wounds and please report to relevant security agencies.”

Shortly after taking over from Mukhtar, the new GOC charged officers and men of the Division to brace up for the challenges ahead.