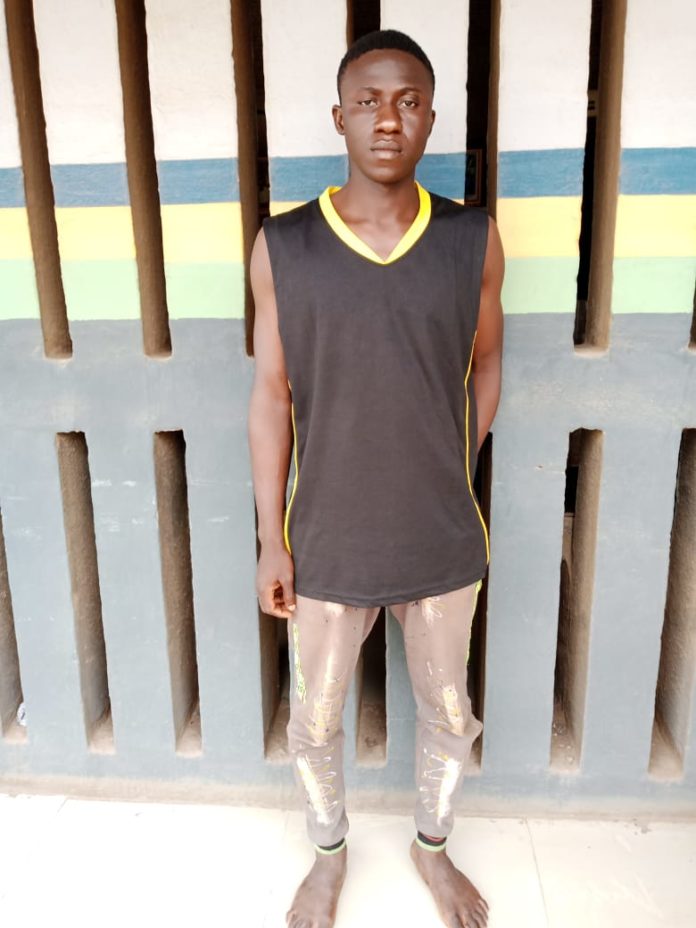 The Ogun State Police Command has arrested one of the Kuje Correctional Center escapees Yakubu AbdulMumuni.

28-year-old Yakubu AbdulMumuni was arrested on Monday 11th of July 2022 following information received by policemen at Sango Ota Divisional Headquarters that, the convict was sighted somewhere around Sango Ota.

Sequel to the information, the DPO Sango Ota Division, SP Saleh Dahiru quickly mobilised his men and moved to the area where the convict was apprehended.
Confirming AbdulMumuni arrest,
DSP Abimbola Oyeyemi, Spokesman, Ogun State Police Command said the suspect confessed to the police that he escaped from Kuje Correctional Center on the 5th of July 2022, when the Center was attacked by bandits.
“He stated further that he was convicted by Kogi state High Court for the offense of Conspiracy and culpable Homicide and sent to Kuje Correctional Center.”
Meanwhile, the commissioner of Police, CP Lanre Bankole has ordered the State Criminal Investigation Department to facilitate the transfer of the convict to Correctional Center with immediate effect.
Share
Facebook
Telegram
Twitter
WhatsApp
Previous article
Accident: Tanker Falls, Spills Content In Lagos
Next article
IGP Bans The Use Of SPY Number Plate in Nigeria
RELATED ARTICLES
Organized crime