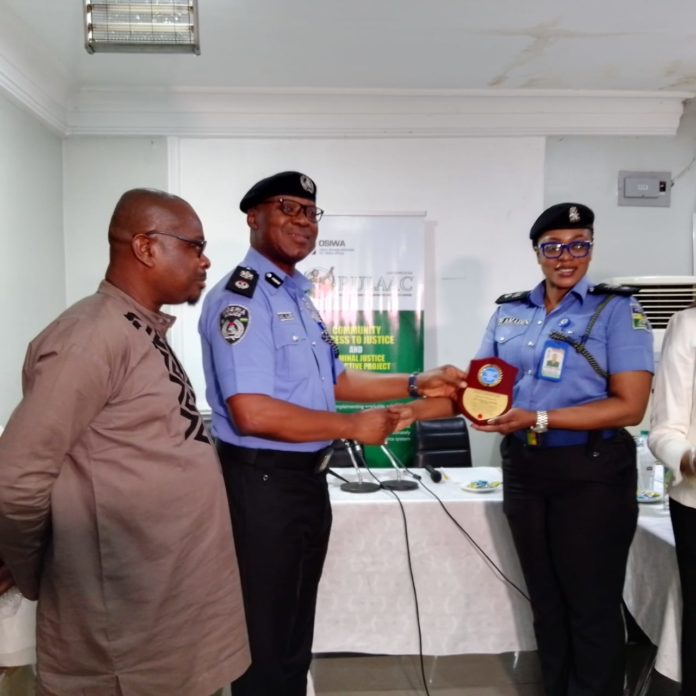 Lagos state Commissioner of Police, Abiodun Alabi, yesterday, said that crime prevention cannot be holistic without community input. This, he said is because community engagement builds a deeper, stronger and lasting relationship between the police, private and public organizations.

Speaking on Community engagement: Panacea for police performance, at an award ceremony organized by Lagos State Stakeholders Forum on Police Accountability (SFPA) held at Primal Hotel, Ikeja, CP Alabi, said it fosters collaboration and synergy that makes policing more easy because, according to him, we are not magicians, we rely on information and intelligence to do our work. So, there is a need for partnership with members of the community for effective policing. Crime prevention cannot be holistic without input from members of the community.

“Police cannot protect lives and property alone without the support of members of society. There is a need for us to constantly engage members of the community, there is a need for us to imbibe the tenets of community policing. IGP Usman Akali Baba initiated a policy of reward and punishment. The reward for outstanding performance of police officers and punishment for those who are engaged in unethical and unprofessional conduct, those who drag the name of police to the mud are not being spared.

“No officer does anything wrong in the country today and goes scot-free. He must be accountable for his actions. One of us, a constable was promoted to a corporal by the IGP when he won the world championship in boxing. Any officer who has done exemplary well and outstanding have always been rewarded by the IGP.”

In his speech, the Coordinator, Stakeholders Forum on Police Accountability, Mr. Okechukwu Nwanguma noted that accountability is not solely punitive but also includes building the integrity of systems and processes. “The quality of welfare and training given to the police personnel has a significant impact on their operational efficiency and behavioral integrity.”

Speaking at the event, one of the organizers of the event, Blessing Kadiri, stated that the notion of Police accountability is embedded into the entire concept of Community Policing. “Community policing focuses on developing relationships between the Police and community members to collaboratively identify and solve problems.

Community-oriented policing programs rest on the view that the police and citizens should experience more non-threatening, supportive interactions that should include efforts by police to listen to citizens, take relationships, the citizens’ definitions of problems, and solve the problems that have been identified.

“It is a well-known fact that the police are more effective when they have the trust and support of the community which they are trying to protect. If community members feel comfortable talking to police without fear of having their dignity violated, then they are more likely to provide useful information and collaborations to fighting crime.

This has the potential to reduce citizens’ fear and suspicion of the police and improve citizens’ evaluations of the police. Upholding Police accountability can, therefore, be useful in building police-community relationships and trust, assisting with community integration, facilitating criminal and intelligence elicitation and distribution, identifying and isolating bad actors, and ultimately helping achieve effective service delivery for the police.”