HomeMurderCultists in police net for hacking rival to death
Murder

Cultists in police net for hacking rival to death 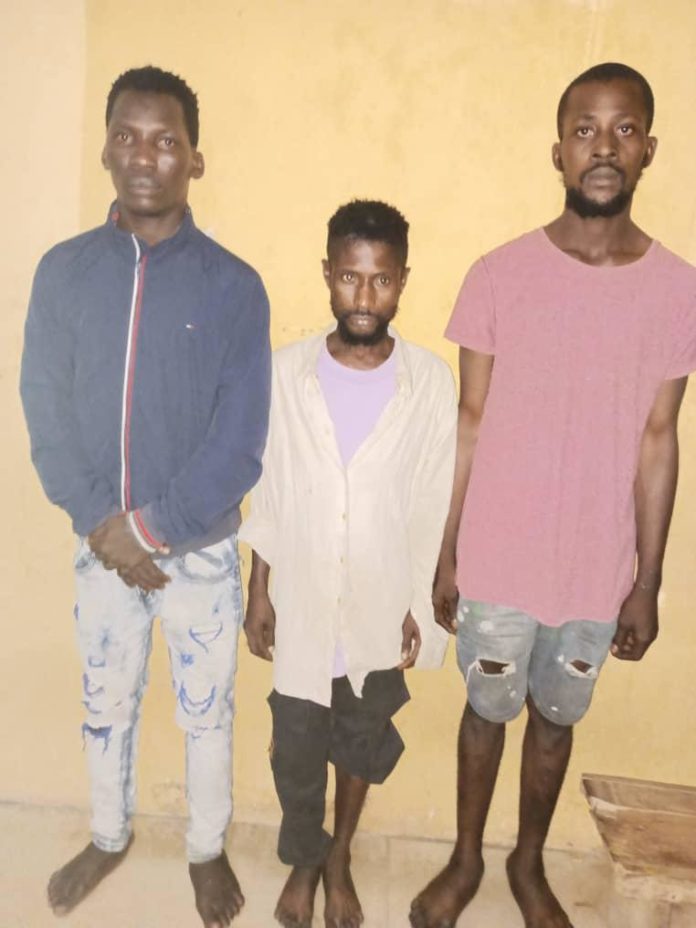 A 22-year-old suspected cultist identified as Jamiu Rasheed, who was captured on CCTV on July 7, 2022, hacking and shooting to death a rival cult member at a restaurant in Alapere has been arrested by operatives of the Lagos State Police Command.

In the CCTV recording, Jamiu Rasheed was seen killing Akinola Ayegbusi, a rival cult member at a restaurant in the Alapere area of Lagos state.

NigeriaCrime.com learned that investigations revealed that Jamiu has been a member of klansman Confraternity since 2017 and has participated in the killing of two other rival cultists.

Investigation into the crime also led to the arrest of the armourer of the group, Sheriff Moda, aged 26, who was found with two locally made pistols; and one other cultist, Emmanuel Samson.

Sheriff who was also part of the killing confessed that it was carried out to avenge the death of their leader who was killed by the Eiye Confraternity on November 23, 2021.

Meanwhile, the Lagos State Commissioner of Police, CP Abiodun Alabi, calls on parents, guardians as well as traditional/religious/political leaders to prevail on their children/wards and the teeming youth population to stay away from cultism and other social vices.