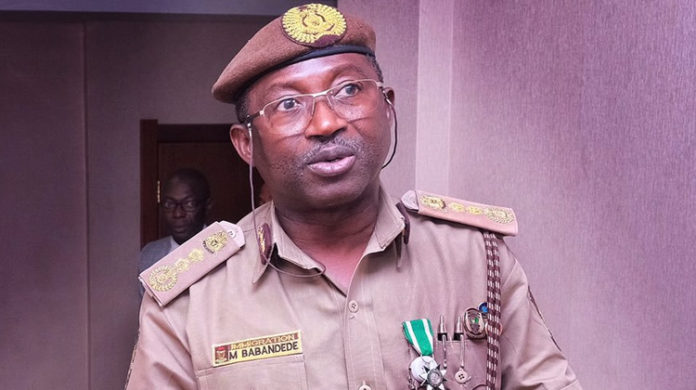 The Nigeria Immigration Service has rescued three female teenagers from the shackles of sex traffickers who were transporting them to Ghana for prostitution.

According to the Comptroller of NIS, Rivers State Command, A. J. Kwasua, the girls have been handed over to the National Agency for the Prohibition of Trafficking in Persons, which will also facilitate their reunion with their families.

The Comptroller made this known while briefing newsmen in Port Harcourt on Monday.

Kwasua added that were rescued at Waterlines, a popular motor park in Port Harcourt, on November 4, 2022.

He disclosed that the alertness of men of the command also led to the arrest of a nursing mother, aged 21, who allegedly facilitated the trip.

“Three victims were rescued and are under our custody and on November 5, we took another proactive measure to make sure that we captured the recruiter, who was said to be in Rivers State as of the time the process of migrating them took place.

“She was interrogated and she confessed to the crime that she was acting as a syndicate with some recruiters in Edo State.

“The victims are minors. Two are 17 years old and one is 16 years old. Two are from Rivers State, while one is from Akwa Ibom.

“They confessed to agreeing to travel to Ghana for prostitution and as of the time they were arrested, the transporter had already received money from the recruiter via online to pay transport fares for them to Lagos en route to Ghana, which he had done already.

“But based on the incessant calls by the mother of one of the victims, she developed cold feet and could not make the journey anymore. It was in that process we received an alert and we swung into action around 8:20pm. That was when we arrested them and brought them under our custody,” Kwasua said.