Doctors battling to save victim of police brutality 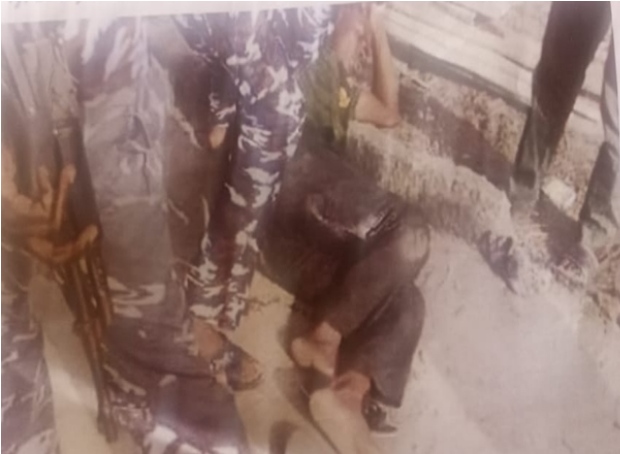 Doctors are currently battling to save the life of an official of the Nigerian Legion, Kola Oshola who was shot by policemen attached to Ogombo Division, Lagos state Police Command on Friday at the Scheme 2 Estate, located at Lekki Peninsula, Lagos.

The victim, Kola Oshola was shot on his thigh by one Supol Abayomi, attached to the Ogombo Division while on official duty with his colleagues at the Scheme 2 Estate in Lekki Peninsula.

It was gathered that sequel to the ban of commercial motorcycles on major roads across Lagos, policemen attached to the division on illegal duty would enter the estate to seize one or two okadas and compel them to pay money before they release it to the owners.

Sequel to nefarious activities of the police in the estate, okada operators complained to the chairman of the estate.

The chairman of Scheme 2 Estate instructed officials of Nigeria Legion to intervene whenever the officers entered the estate to extort the operators.

Nigeriacrime.com learned that trouble started on Friday when policemen from the division came in their numbers, as usual, to arrest okada operators inside the state and officials Nigerian Legion intervened as instructed by the Estate Chairman. Angered by the official’s intervention, the police then threatened to shoot. And thereafter shot the victim on his thigh.

Recounting how the victim was shot by a policeman, Mr Dickson who witnessed the incident said “last week Friday, our men were working at the Scheme 2 Estate in Lekki Peninsula when police shot one of our men.

That Estate has motorcycle operators who operate within the estate.

What the police usually do is enter the estate to seize one or two okadas whenever they do not see other okada operators outside and compel them to pay money before they release it to the owners.

The okada operators complained to the chairman of the estate about these nefarious activities of the police around there.

The chairman of the estate then held a meeting with our men where he instructed that they should not allow the police to enter the estate again to extort okada operators, except they are coming to arrest legally.

“One of our men asked them to call the chairman’s phone number as instructed but the police said, you bloody civilian, who are you to instruct us.

In the process, they started dragging our man in an attempt to take him away.

At this point, the supervisor came out to ask why they wanted to take the boy away and they said because he did not allow them to enter the estate and he said that the boy was only carrying out instructions from the estate chairman.

Thank God, he did not die though still battling for his life at the hospital now.”

Lamenting the unprovoked attack of police on their men the Chairman Nigerian Legion, Lagos state chapter Col. Samuel Akande, (Retd.) said the Police brutality against his men had become excessive and must be checked.

The recent shooting of one Kola Oshola on Friday at the Scheme 2 Estate, located at Lekki Peninsula by one Supol Abayomi is the most recent of such unprovoked attacks.

There have been incidents of harassment, intimidation, and even shooting and stabbing of our men by the police officers. We are aware that the government of Lagos state placed a ban on okada on the highways but not within estates.”

Akande called on the Police authorities to educate their men and officers on the need to build proper synergy with other sister security agencies and to stop the brutality, harassment, and intimidation against men of the Nigerian Legion.

The embarrassment is becoming unbearable, we are all working for the government; the police, the Civil Defence, the Legion and other sister security agencies, why should the police harass and intimidate our men every now and then?”