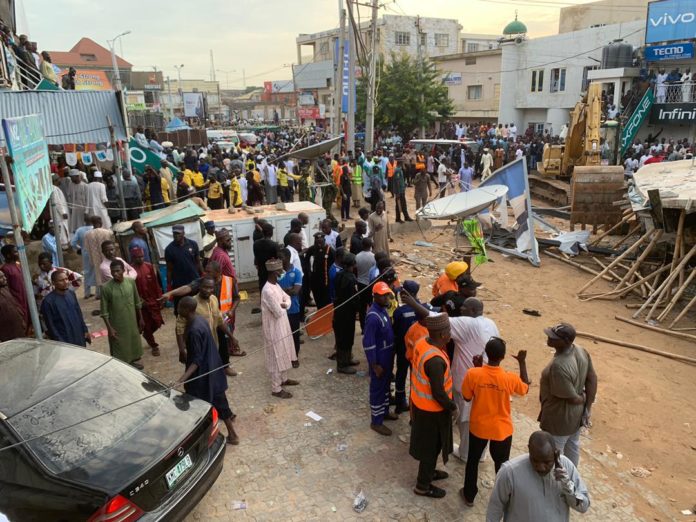 Eight people have so far been rescued from the rubble of collapsed a three-storey building at a popular GSM market located at Beirut Road in Kano state on Tuesday.

The incident occurred at about 3:20 pm when the building which is under construction collapsed on traders, food vendors, and customers present at the time.

According to eyewitnesses, many people are currently trapped in the rubbles while three people have since been rescued.

“The building is under construction and has not been completed when it collapsed.

“So far, eight people have been removed alive but severely injured by the collapsing building.

So far about Eight (8) persons have been rescued and taken to the hospital while search and rescue operations is still ongoing to rescue those trapped beneath the rubbles.

The building collapsed while additional stairs were being added as construction is still ongoing.

Details of the incident will be provided later, he added