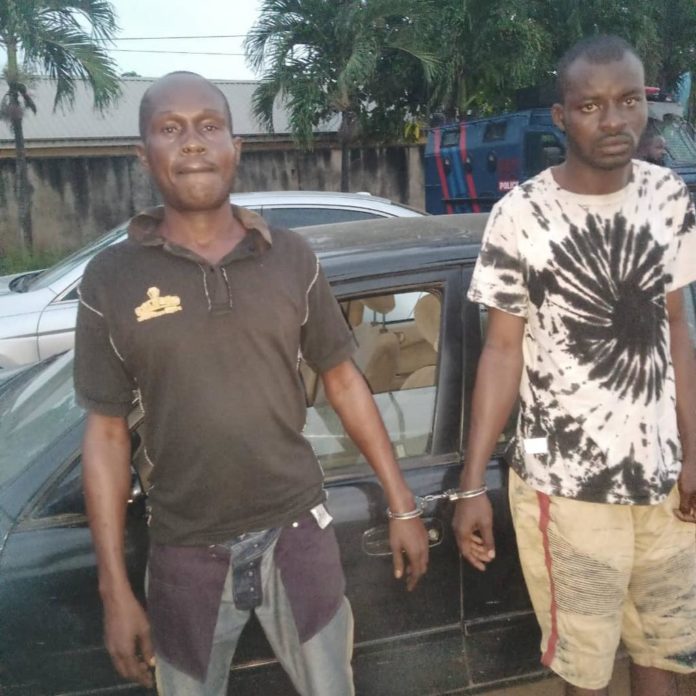 The duo were arrested following a tip off from civic-minded members of the public.

Confirming the arrest, Police Public Relations Officer, Lagos State Command, SP Benjamin Hundeyin said preliminary investigation reveals that the vehicle was snatched around Lekki, Lagos State. While investigation is ongoing, the owner of the vehicle is hereby urged to come forward with proof of ownership to claim the vehicle. Suspects would be arraigned at the conclusion of investigation.

Meanwhile, the Lagos State Commissioner of Police, CP Abiodun Alabi, fdc, once again assures Lagosians that the command will continue to do everything operationally possible to ensure the safety and security of all residents of Lagos State.

Mr Opeyemi, 37, is an indigene of Ijebu Ode, while Mr Isreal, 27, hails from Benue State.

Both men were arrested by officers of the Anti-Kidnapping Unit of the Ogun command during a routine patrol at Mowe area of Lagos-Ibadan express way.
Nigeriacrime.com