Fire razes sawmill as several shops get destroyed in Lagos 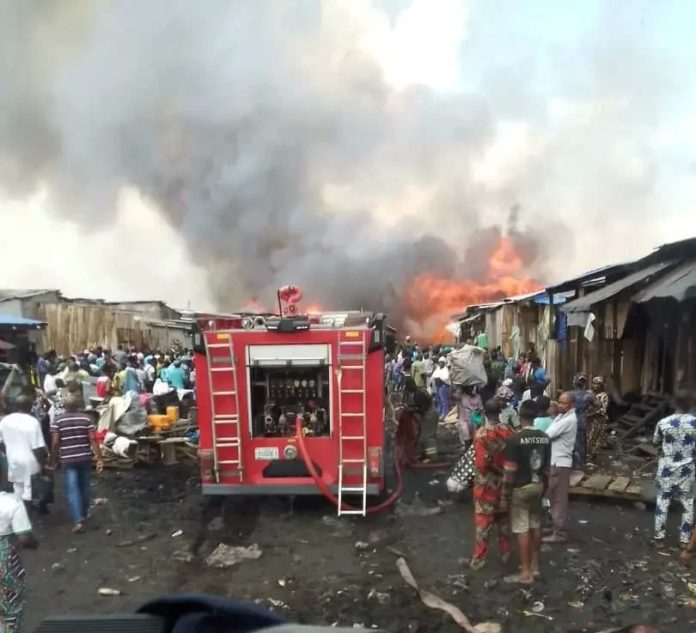 An unknown number of shops have been razed by fire in Oko Oba, Ebute Meta axis of Lagos state.

According to a statement by Ogabi Olajide, deputy head of Lagos State Fire and Rescue Service, the incident occurred on Monday.

“On arrival at the scene, it was discovered that make-shift commercial shops of various sizes and patterns used in trading and stocking of woods were well alight as the crews deployed copious water and chemical foam compound to douse the raging fire,” the statement reads.

“Concerted efforts from emergency responders were also called for back up as the shanties Saw Mill Fire spread due to the nature of the combustible substances involved over an expanse vast land sweeping through the market.

The public should however be rest assured that the fire has been curtailed from spreading further and poses no threat to life and further damages.

“It is on record that no life or injury has been reported as the course of the Fire would be unravelled as soon as firefighting is concluded.”

This is the second sawmill fire outbreak that would be recorded in that area this year.

January, hundreds of shops and makeshift buildings were destroyed by fire at a sawmill in the axis.

About 40 sawmilling machines were also destroyed in the inferno.