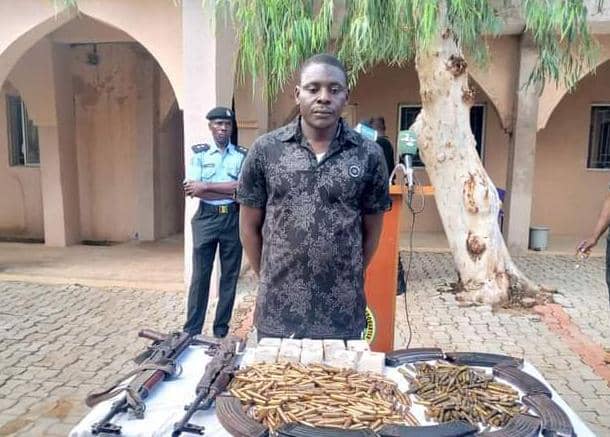 Zamfara police command says its operatives have arrested one Sa’idu Lawal, identified as a former lance corporal with the Nigerian Army, for allegedly supplying guns to bandits.

Speaking with journalists on Wednesday, Mohammed Shehu, police spokesperson in Zamfara, said 41-year-old Lawal was arrested along the Abuja-Kaduna highway.

He said Lawal was arrested while in a Pontiac Vibe vehicle with Lagos registration number KRD 686 CY, on his way to Zamfara.

READ ALSO:  DSS: We are commited to the protection of citizens

The police spokesperson described the suspect as a ‘notorious kidnapper, robber and a gunrunner”.

“He also confessed that he had previously supplied similar consignment to other customers in Kaduna, Katsina, Niger and Kebbi states.”