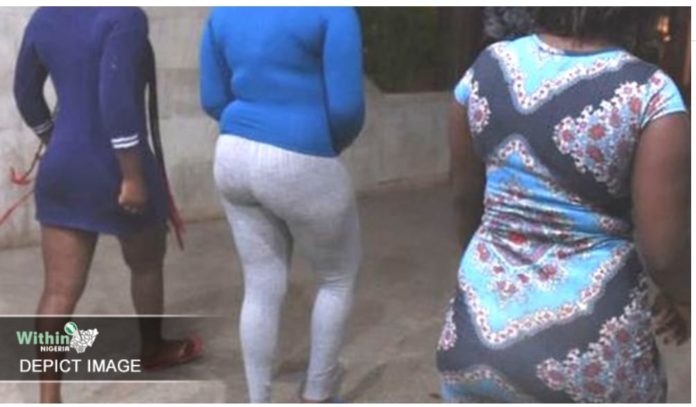 Four members of a blackmailing syndicate specialised in robbing and blackmailing victims have been arrested by police in Anambra State.

The suspects identified as Okechukwu Ogoejiofor, 36; Nonso Nwizu, 34; Esther lfeanyichukwu 21; and Obianuju Nduba, 20 are currently being investigated for using social media to lure unsuspecting men into fake love and friendships.

NigeriaCrime.com learned that the female members of the gang after using social media to lure unsuspecting men into fake love, engage them in foreplay, and take pictures and videos of them in comprising situations. The videos and pictures are then used to blackmail and extort the victim.

Confirming the arrest of the members of the gang, the State police spokesman, Tochukwu Ikenga, said the suspects used social media to lure unsuspecting men into fake love and friendships and thereafter, took the victims to a room, where one of the female suspects, Nduba, engaged them in foreplay.”

Ikenga noted that in the process, other members of the gang forced their way into the room, took nude pictures and videos of the victims, and forced them to transfer huge sums of money to their accounts.

He said the suspects threatened to publish the nudes on social media if the victims failed to pay them.