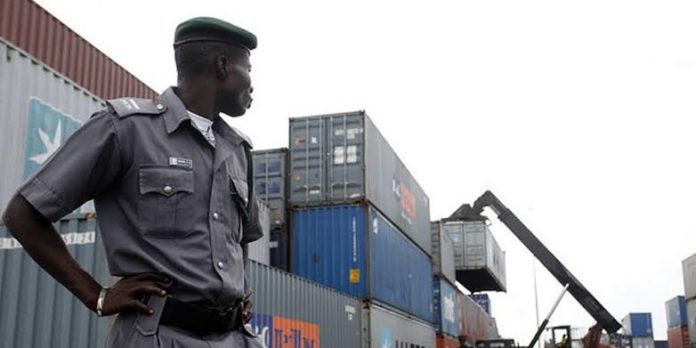 Area Controller, Dalha Wada Chedi however noted that the suspects were granted administrative bail pending when investigations on the matter is concluded.

The Area Controller, Dalha Wada Chedi, while briefing newsmen on the command’s recent achievement said the revenue generated in November increased by 47 per cent compared to the N121.8m generated in October.

He noted that during the period under review, the Command intercepted smuggled vehicles and means of conveyance with the cumulative DPV of
N19,245, 538

Some of the listed seized items include foreign rice, spaghetti, macaroni, and couscous.

Others include tiger nuts, secondhand clothing, premium motor spirits, and liquefied petroleum gas, among others.

Chedi who applauded men of his command for the recorded success also commended sister security agencies in the state for the synergy existing among them, noting that they have shown exceptional professionalism in discharging their duties in line with the extant laws and regulations of the Federation.

He assured that as the year winds up, “the Command will continue to draw on our robust intelligence gathering strategy on border security, ensuring a secure environment for legitimate business transactions as well as further enhance anti-smuggling capabilities to intercept smuggled items that pose a high threat to both the economy and security of the country.”