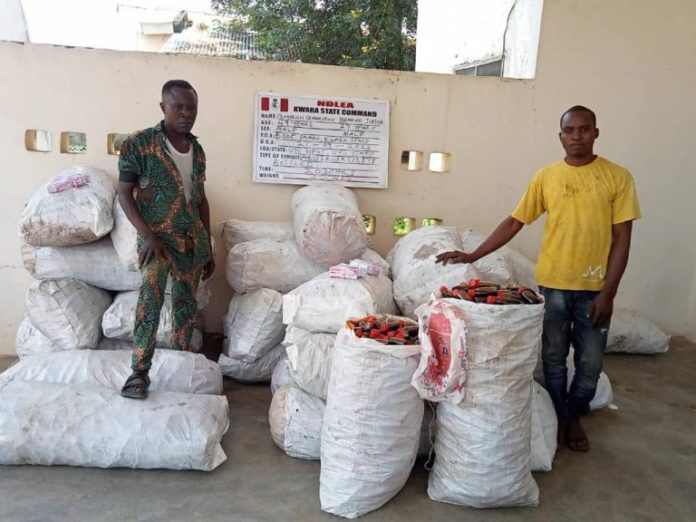 Femi Babafemi, director, media and advocacy, NDLEA said this in a statement on Sunday in Abuja.

Babafemi said that the consignment which was concealed in cereal packs was smuggled through the Skyway Aviation Handling Company (SAHCO) shed for export to Dubai, UAE.

He said that the consignment was abandoned at the shed before the airport security transferred it to NDLEA.

According to him, further investigation by the agency led to the arrest of one Olatunbosun Abimbola, 34,

“The suspect who works at Ashadox Logistics Services, a cargo company, was arrested on Friday.

“He confessed to the crime but stated that he acted on the instructions of his Managing Director, Oloyede Abiola, who was promptly arrested.

“The 40-year-old indigene of Ibadan West Local Government Area of Oyo State claimed that due to the strict security measures put in place by the NDLEA, he was forced to abandon the cargo to avoid being detected, ” he said.

In the statement,  Chairman, NDLEA, retired Brig. Gen. Buba Marwa commended the anti-narcotic officers of MMIA Command for their resilience.

Marwa also urged them and others across the country to remain vigilant and committed to the collective goal of saving Nigeria from drug scourge.