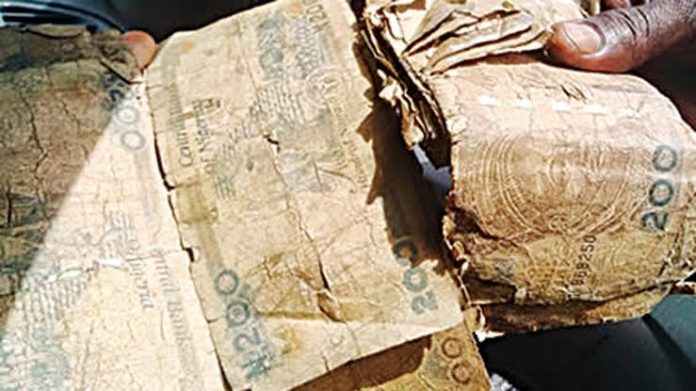 The Central Bank of Nigeria has re-emphasised the need for Nigerians to handle the new naira notes with dignity as strict consequences await those mishandling the currency.

Speaking at a sensitisation, enlightenment and bank fair programme held in Osogbo, Osun state, ahead of the introduction of the redesign notes, the CBN’s Director of Corporate Communications, Mr, Osita Nwanisobi, said the Naira is a symbol of national pride and must be handle with care.

Represented by Akpama Uket, he said there are damning consequences for those who handle the Naira without dignity.

According to him, “The Naira remains a symbol of our national pride which must be treated with utmost dignity. I, therefore, urged you not to spray, squeeze, or counterfeit the Naira, as default goes with serious consequences.

“As you all may be aware, the Central Bank of Nigeria, riding on international best practice and Section 2 (b) of the CBN Act 2007, which stipulates currency management as one of its key functions, has announced the plan to redesign, produce, release, and circulate the new series of three banknotes, out of the existing eight banknotes, comprising N200, N500, and N1000 denominations, respectively, effective 15th December 2022; after its launch by President Muhammadu Buhari.”

On the various successful intervention of the financial institution, Nwanisobi said; “some of the Bank’s interventions which have recorded significant successes in providing the needed support for businesses to grow to include the Anchor Borrowers Programme (ABP); the Micro, Small and Medium Enterprises Development Fund (MSMEDF), which has supported entrepreneurship development with over N39.26 million.

“The Real Sector Support Facility (RSSF) through Differentiated Cash Reserve Ratio (DCRR), where disbursements to 426 projects across the country stood at N2.10 trillion as of September 2022; and the 100 for 100 Policy on Production and Productivity (PPP) with cumulative disbursement of N93.39 billion to 62 projects within the aforementioned period. Others include the Tertiary Institutions Entrepreneurship Scheme (TIES), which has recorded total disbursement of N332.43 million; the Healthcare Sector Intervention Facility (HSIF) with cumulative disbursement of N130.54 billion for 131 projects, comprising 32 pharmaceuticals, 60 hospitals, and 39 other services.”

Earlier in her address, the CBN Branch controller, Osogbo Mrs Daphne Madojemu, represented by Anthony Okoro, said the programme aimed to sensitise Nigerians on the activities of the Bank in promoting the country’s economic stability.

“This year’s CBN Fair was unique because it was informative and well articulated on all the bank’s policies, especially on the newly introduced electronic Naira and the plan to redesign some of the bank’s notes”.