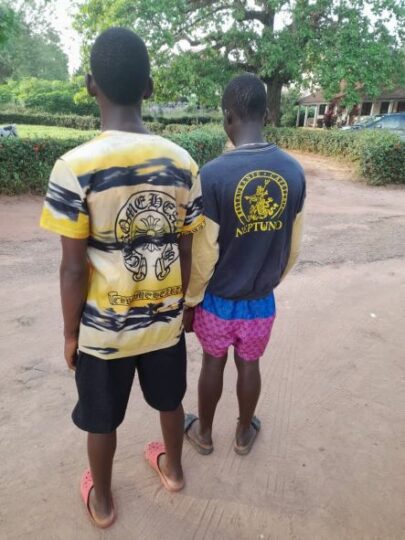 A female herbalist in Edo State has reported two of his teenage customers to security operatives for attempting to carry out money ritual.

Confirming the development, the State Coordinator of Edo State Security Vigilante Network, Col. Kole Oshoriamhe Omomia (Rtd) said the suspects, Daniel Sunday, 19, from Akwa-Ibom State and Ikponmwosa Ogbebor, 19, from Edo State have been handed over the to State Police Command.

Omomia said the duo were arrested by operatives of Edo State Security Vigilante Network in Oluku, Ovia North-East LGA of the state following a tip-off by a female herbalist they contacted for the rituals.

He disclosed that the suspects confessed to being in search of money ritual.

He added that they did not plan to kill anybody for the rituals, but planned to sacrifice any part of their body for the get-rich-quick ritual.