Investigate, give proper sanctions to prevent others, HEDA tells ICAN 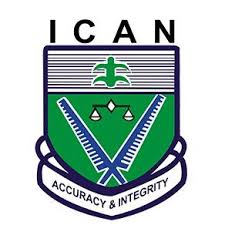 The Human and Environmental Development Agenda (HEDA) resource says an investigation should be carried out on the alleged corruption case against one of its members Nwabuoke Anamekwe Chukwunyere by the Institute of Chartered Accountants of Nigeria (ICAN).

This action it says is to redeem its image and reveal the truth.

In a statement on Monday,  Olanrewaju Suraja,  HEDA’s chairman, said the ugly incident is worrisome, adding that  Chukwunyere was appointed as the acting Accountant-General of the federation, and oversee the management of the federation’s account.

Chukwunyere’s appointment follows the suspension of the former accountant-general,  Idris Ahmed who was arrested by the Economic and Financial Crimes Commission (EFCC) on allegation of embezzlement to the tune of over N109Billion.

However, barely one month into his appointment, Chukwunyere was sacked and replaced by the government on the ground that he is under investigation by EFCC over corruption and embezzlement allegations during his time as the director of finance at the ministry of defense.

“We write on the above subject matter as a leading Anti-Corruption Organization and Non-partisan Human Rights & Development league with the mandate to protect and promote universally recognized human rights, public accountability, transparency and environmental justice in Nigeria and Africa, in accordance with International best standards,” the statement reads.

“It is noteworthy that Nwabuoke is the third occupier of that exalted office in a row to be investigated and removed from office on corruption allegation, thereby, abusing the trust placed on him by the good people of Nigeria and the government, hence contravening the Professional Code of Conduct and Guide for members of the ICAN.

“By virtue of paragraph 12.0 of the Code of Conduct, a Chartered Accountant is required at all time to comply with the Fundamental Principles of the Institute. These fundamental principles are integrity, objectivity, professional competence and due care, confidentiality and professional behavior.

“It is apparent Mr. Nwabuoke has breached all the above stated fundamental principles and ethical standard of the Institute by the allegations of corruption, embezzlement and stealing public funds, resulting in his investigation by the EFCC and consequential removal as the acting Accountant-General of the Federation.

“We therefore kindly call on the institute to refer our complaint to the Accountants’ Disciplinary Tribunal for proper investigation and maximum sanctions be imposed on Mr Nwabuoke Anamekwe Chukwunyere so as to deter other members of the noble profession and Institute from subjecting the profession to disrepute and further embarrassing the Institute and the Federal Republic of Nigeria.”