Man laments over loss of wife, properties to explosion 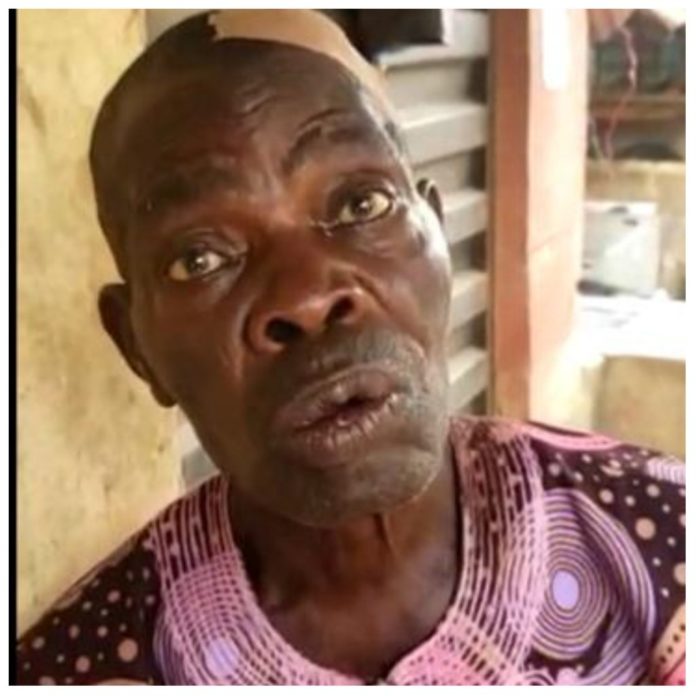 Saula Ajayi, an aged man has lost his wife in a gas explosion that rocked Abeokuta, the Ogun State capital.

Ajayi also lost money and property worth millions in the incident that happened on Friday.

It was gathered that the explosion occurred when a tenant was cooking with gas in a bungalow around Ijeja area of Abeokuta South.

All of sudden, the bungalow was razed, leaving occupants “empty and homeless.”

Ajayi, whose wife died in the incident, said he lost a sum of N850,000 to the fire outbreak.

Ajayi’s elderly wife had gone into coma when the explosion occurred, but efforts to resuscitate her proved abortive as she was pronounced dead in the hospital on Monday.

Neighbours said the man has not been informed of his wife’s death as of Tuesday evening.

He added that all his belongings, including his documents while he was in the Army, all got burnt.

“This clothes on me was given to me by a neighbour,” he said.

Meanwhile, the Director of Ogun State Fire Service, Fatai Adefala, could not be reached as of the time of filing this report.

Also, the Ogun Police Public Relations Officer, Abimbola Oyeyemi, said he had not been briefed about the incident.