HomeFraudN109bn Scam: Court to give ruling on former accountant-general, Ahmed Idris on...
Fraud

N109bn Scam: Court to give ruling on former accountant-general, Ahmed Idris on Thursday 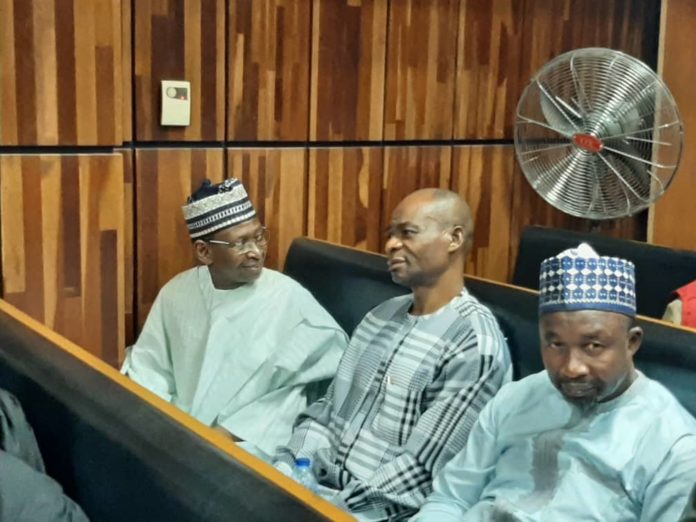 A federal capital territory (FCT) high court in Maitama has fixed July 28 to deliver ruling on a bail application filed by Ahmed Idris, suspended accountant-general of the federation.

The accountant-general was arrested in Kano after he failed to respond to invitations by the commission to answer questions over the allegation of N80 billion fraud.

On July 22, Idris was arraigned on a 14-count charge alongside Godfrey Olusegun Akindele and Mohammed Kudu Usman, and a firm — Gezawa Commodity Market and Exchange Limited.

Adeyemi Ajayi, the judge, subsequently ordered the remand of the defendants in Kuje prison. The judge fixed July 27 to rule on the bail application.

At the court session on Wednesday, moving a motion on notice dated and filed July 22, Uche prayed the court to grant bail to the first defendant applicant (Idris) pending the determination of the trial.

He asked the court to discountenance all the content in the counter affidavit filed by the prosecution as it touches on the substantive suit.

Uche submitted that the charges are not capital offences and are bailable.

He said his client never flouted the conditions of the administrative bail granted to him by the EFCC and followed them religiously.

“Moreover, the prosecution, which investigated and saw the seriousness of the case, still deemed it fit to release the defendants on bail. The charge did not grow weight overnight,” he said.

“As we have stated in our affidavit, the 1st defendant has very responsible sureties that will take him on bail, and he commits himself irrevocably to submit himself for trial.

“He made himself available by quickly returning to Abuja from Kano immediately he was invited for this trial.

“He also appeared before the EFCC regularly, in line with the administrative bail that was earlier granted to him, which he never breached.