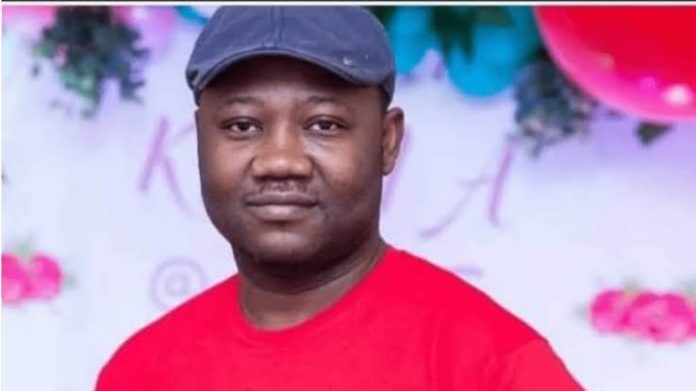 The DJ who is popular in the Nigerian community in the U.K, committed the act after dropping his children in school.

According to sources, the deceased was nursing dark thoughts over rumors made about him which got to his wife.

Another source also said Oladigbo had on several occasions threatened to kill himself. He said he advised him at a point to go for mental health assessment.

Here is what friends had to say;

Stephanie Hiej: “My dear friend DJ Ola Olaniyi, was the life of a party. Today I heard of your passing, and may you rest in peace.”

ED O’hene: “A brother on the turn table; a promoter like no other; a supporter; Egbon like u call me despite been age mates; a jolly fellow, full of energy; weep in tears and still can’t believe knowing your WhatsApp message to the group was just morning and today you are gone. R.I.P DJ Ola aka Swagger Master.”

According to Bykonz Isaiah: “R.I.P. Dj Ola aka the swagger master. Honestly, I have been wondering for the past hours what must have made you to do this. I can’t still believe you are gone. Feels like a joke to my ears still but only God knows why.”