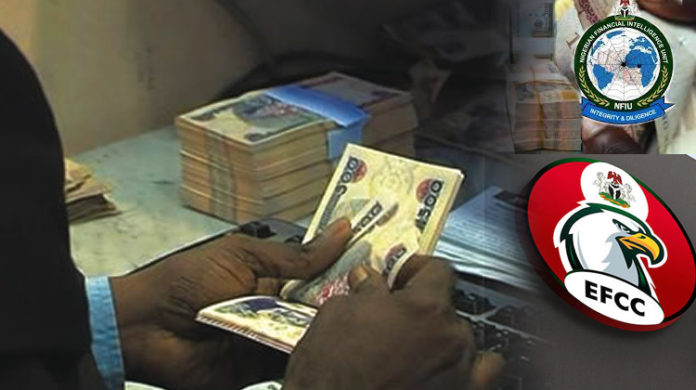 The Nigeria Financial Intelligence Unit has disclosed that the country’s suspicious transactions increased by 22.91 per cent in Q1 2022 compared to Q1 2021.

The report is according to NFIU’s Suspicious Transaction Report/Suspicious Activity Report released on Sunday.

The development came as the Economic and Financial Crimes Commission and NFIU officials said they had intensified their surveillance on campaign spending by political parties and their candidates ahead of the 2023 polls.

Multiple EFCC and NFIU sources said their personnel were carrying out a series of joint operations to close in on several suspicious spending by parties, candidates and top chieftains.

NFIU also added that 18 requests for information from various countries were honoured between January and March.

It also honoured 1,442 requests for information by the military and security agencies (616); law enforcement agencies (532); judiciary (14); the private sector (14) and other competent authorities (266) in the third quarter of 2021, while a total of 1,334 reports were dispatched to the requesting agencies in the same period in 2020.

The unit added, “Only five countries – USA, Japan, Malta, Liechtenstein and Cameroun – forwarded a request for information to the NFIU in both Q3 2020 and Q3 2021.