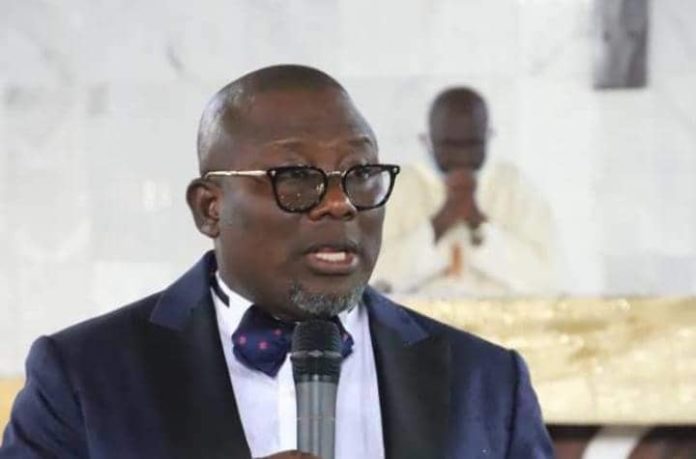 Sherrif Oborevwori, governorship candidate of the Peoples Democratic Party (PDP) in Delta state, has been disqualified.

The federal government had granted the reliefs of David Edevbie, the other PDP candidate.

In May, during the PDP governorship primary, Oborevwori, speaker of the Delta house of assembly, beat his rival, Edevbie, commissioner for finance during the James Ibori administration, who polled lesser votes.

Not satisfied with the outcome of the primary, Edevbie filed a suit alleging discrepancies in Oborevwori’s certificates.

In the suit marked FHC/ABJ/CS/795/2022, the plaintiff prayed the court to restrain the PDP from forwarding Oborevwori’s name to the Independenit National Electoral Commission (INEC), and also restrain INEC from receiving or recognising Oborevwori as duly nominated as the party’s flag bearer.

He further sought a restraining order barring Oborevwori from parading himself as the governorship candidate of the party for the forthcoming election.

Delivering judgment on Thursday, Taiwo Taiwo, the presiding judge, held that the suit was meritorious and accordingly granted the reliefs of the plaintiff against Oborevwori

Oborevwori, on Friday filed an appeal refuting his disqualification from contesting the 2023 election.

He had polled 590 votes to beat his closest rival, David Edevbie, commissioner for finance during the James Ibori administration, who polled 113.

While Oborevwori is the preferred candidate of Ifeanyi Okowa, Delta governor, James Ibori, former governor, is said to be backing Edevbie.

Aggrieved by the outcome of the primary, Edevbie had filed a suit against Oborevwori and the party citing discrepancies in Oborevwori’s certificates.

Justice Taiwo disqualified Oborevwori for submitting false information to the Independent National Electoral Commission (INEC) to back his nomination as PDP’s candidate.

However, not satisfied with the verdict, Oborevwori filed an appeal through his lawyer, Joe Agi.

As part of the nine grounds of appeal, the appellant said the judge “misdirected himself in law when he assumed jurisdiction to entertain the claim of the plaintiff predicated on Section 29(5) of the Electoral Act, 2022 before the submission of the name of the appellant (Oborevwori) to INEC by the PDP”.

He also contended that the lower court erred in law when it agreed that his certificates are forged.

“The learned trial judge erred in law when he held that the appellant did not challenge the averment that his certificate is forged and that he is deemed to admit same,” he said.
He further averred that the plaintiff failed to adduce credible evidence to establish the allegation of forgery.

The appellant is, therefore, praying the court for “an order allowing this appeal and setting aside the trial Court’s decision in Suit No. FHC/ABJ/CS/795/2022 delivered on 7th July 2022”, and “any other order(s) as this honourable court may deem fit to make in the circumstances.”

Oborevwori has also filed an application before the lower court praying for a stay in the execution of the judgment pending the determination of the appeal.