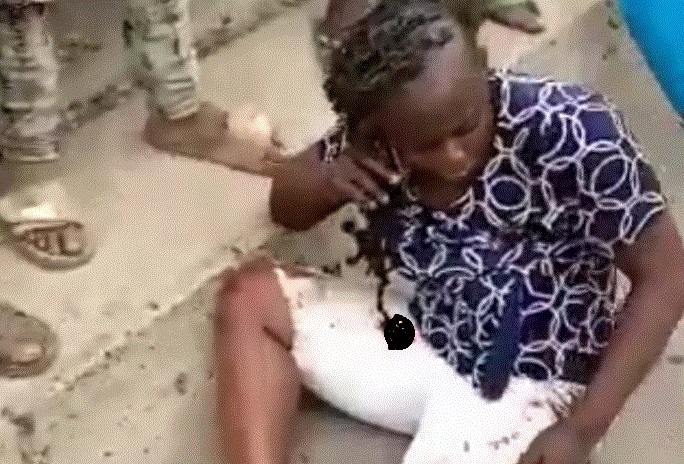 Four others also sustained injuries in the accident which happened on Tuesday evening along Lagos-Badagry Expressway. according to eyewitness accounts, the officer and seven others boarded the commercial bus around 7 pm at Badagry Roundabout after closing from work.

It was learned that the driver of the Mazda commercial bus with registration number LSD 470YC was speeding and did not notice a Man Diesel Tipper that was parked on the expressway.

Before he could apply brakes, the bus had collided with the tipper, which resulted in a fatal accident.

“The LNSC officer who was sitting in the front died instantly, while four other passengers sustained varying degrees of injury.”

Taiwo said: “The driver of the commercial bus did not notice the parked sand tipper on the expressway because it was dark.

“He was coming with full speed and collided with the tipper.

“On the other side, the driver of the tipper did not put safety signs on the way to indicate that his tipper was faulty.

“We have always warned our drivers against dangerous driving on the highway.

“The accident was caused by high speed.

“We got to the site of the accident on time but unfortunately we lost one person.

“We have deposited the remains of the LNSC officer at General Hospital in Badagry, while the injured are being attended to in the same hospital.”

Dr. Olatunde Bakare, the Medical Director of the hospital, said that five persons were brought to the emergency section on Tuesday night.

According to the Medical Director, one person was brought in dead while four sustained injuries.

Bakare said: “The dead one has been deposited in the mortuary while the four injured are responding to treatment.”

In a related development, about five persons were injured, on Wednesday, when a truck rammed into four other vehicles in the Gbagada area of Lagos State.

The incident reportedly occurred at about 6 pm inward the Carwash bus stop.

A video of the accident revealed two of the victims sitting by the roadside crying for help as sympathizers rallied around them.

Similarly, some personal effects littered the road at the time of the emergency.

A tanker, two buses, and private vehicles were said to be involved in the accident.

The video revealed a damaged Yellow bus pinned to the road median alongside a white bus.

The tanker was next to both buses as some vehicle parts have fallen off due to the impact of the accident.

Two victims,  male and female had their clothes soaked with blood as they made phone calls.

Some onlookers were seen calling for emergencies in the video.

Mr. Adebola Alade who witnessed the scene was on his way from Anthony when the accident occurred.

“Our bus was not involved in the accident but out of pity, I disembarked from the bus to assist the victims.

“Some Policemen and traffic officials later arrived at the scene and the victims were rescued to a nearby hospital for medical attention.

“Five occupants were injured in the process but no death was recorded.” He said.