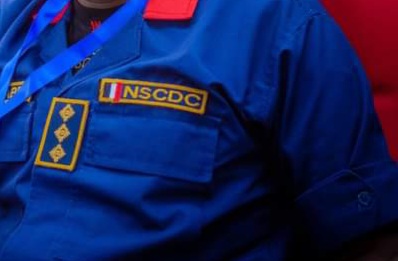 Hon. Justice M. O. Agboola of Osun State High Court 6B, Osogbo has jailed an officer of the Nigeria Security and Civil Defence Corps (NSCDC) for fraudulently collecting N100,000 from a jobseeker to help her secure a fake NSCDC job.

This was made known by Mrs Azuka Ogugua, the spokesperson of the Independent Corrupt Practices and other Related Offences Commission (ICPC), who said the convict, Segun Odewale was arraigned by the commission.

Odewale was charged under Section 10(a) of the Corrupt Practices and Other Related Offences Act 2000 on counts one and two, and on Section 19 of the same Act on count three.

Odewale, who confessed the crime to the court, through his lawyer, Mr Muftau Abiodun Adediran, pleaded with the court to temper justice with mercy as he was a first-time offender and a family man with lots of dependents.

The prosecution counsel, Mr Elijah Akaakohol confirmed that the defendant had no previous offences record with the Commission.

All the sentences are to run concurrently.