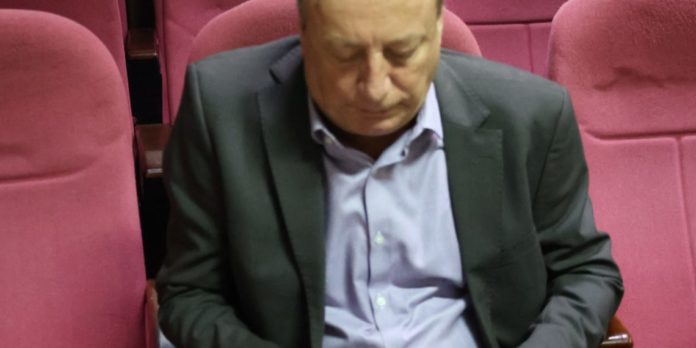 A Federal High Court in Abuja has ordered the arrest of a British national, James Nolan, who reportedly failed to appear in court for his trial.

According to a statement signed by the Head of Media and Publicity of the Economic and Financial Crimes Commission, Wilson Uwajaren, on Wednesday, the trial judge, Justice D. U. Okorowo issued the bench warrant on Tuesday.

Nolan, who is a director at a Designated Non-Financial Institution, Goidel Resources Limited is standing trial alongside ICIL Limited on 16 counts bordering on money laundering to the tune of $9.6 billion.

Counsel for EFCC, G.C. Ofulue had sought a bench warrant for the defendant on the last adjourned date but the judge decided to give the defence more time to produce him on the next adjourned date.

However, the judge said Mr Nolan had breached the terms of his bail, according to the EFCC’s statement.

The judge revoked the bail and issued a bench warrant for his arrest.

He also ordered his surety to appear in court to justify why the bail bond should not be forfeited to the government.

The judge also adjourned the case till February 7, 2023.

Earlier, the defence counsel, Michael Ajara pleaded with the court not to arraign the surety yet, explaining that his team, the Nigeria Police, EFCC and the surety himself, were trying their best to produce the defendant in court.

“My lord, as I speak, even the surety who was in court at the last adjourned date and is still present today, in conjunction with the police, are still searching for the defendant.

One of the witnesses presented by the EFCC, Adewale Agunbiade, an account officer with Guarantee Trust Bank, Abuja, who handled the opening of the accounts for the companies, during one of the proceedings in 2019, told the court that he knew the defendant and was familiar with the names of Goidel Resources Ltd and ICIL Ltd.

When the prosecution counsel led Agunbiade in evidence, he said, “We received a request to provide the account opening document from the EFCC and the statement of account in August 2019.

“We had the account opening document retrieved from our archives and the statements were generated. We forwarded it to our compliance team to deliver to the EFCC.”