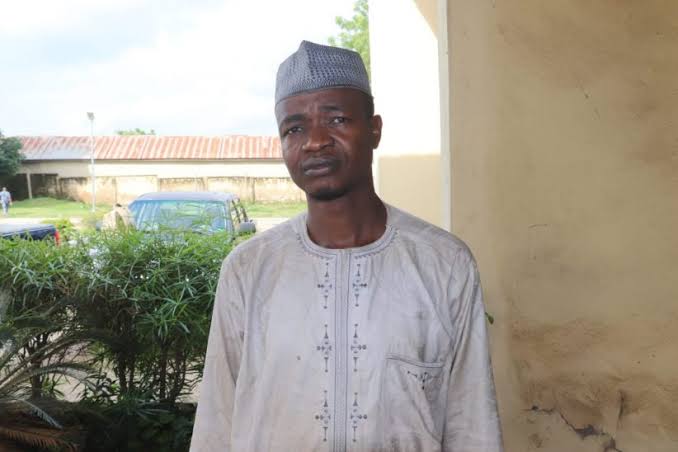 The Police command in Niger says it arrested one Alhaji Bashiru Abdulahi, an alleged serial killer and notorious kidnapper in Kontagora  Local Government Area (LGA) of the state.

The command’s public relations officer(PRO), Wasiu Abiodun, confirmed the arrest in a statement on Saturday in Minna.

Abiodun said the police’s tactical team attached to Minna Area Command on July 14, at about 16:30 hours, arrested the suspect, a native of Bangi town, headquarters of  Mariga LGA.

He said that the  suspect was arrested at Kontagoro during his planned recruitment of armed men to his gang.

According to Abiodun, during interrogation, the suspect confessed that he planned to kidnap a former Local Government Council Chairman of Mariga and the father of a former Commissioner in the state.

The command’s PRO said the suspect had also allegedly confessed that part of his plan was equally to kidnap the father of the former Commissioner whom he (suspect) owed about N1.3 million from a business transaction between them.

He said the suspect said he was expecting to get N15 million ransom from the plan.

“Further investigation revealed that sometimes in March, 2022, the said Alhaji  Bashiru was suspected to have murdered his younger brother, one Alhaji Mamuda Abdullahi,  of Bangi town, Mariga LGA.

“When the suspect was interrogated, he confessed to the act that he contributed money with his brother to the tune of N79 million for a business purpose.

“The suspect confessed that while his late  brother swindled him, he hit him with a stick on the head which resulted to his death.”

The PRO said the suspect, however, told the family members that his brother was attacked and killed by bandits at Beri.

He said investigation was ongoing aimed at arresting other suspected members of his gang.