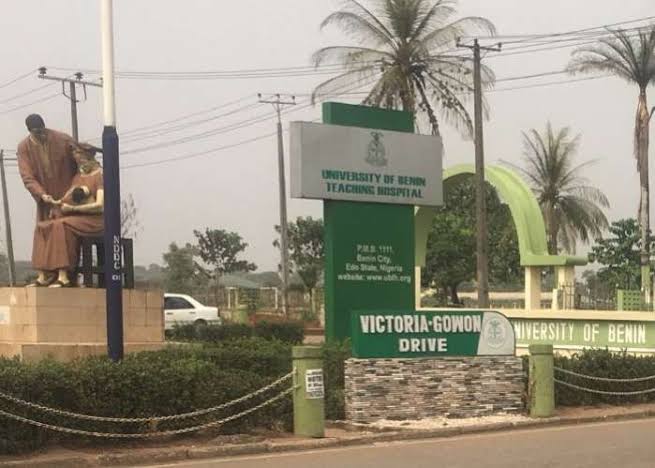 The family of late Glory Ekeleyede, a 12-year-old student of New Era College in Benin, Edo State, have called out for help on the refusal of the University of Benin Teaching Hospital from recovering the body of the deceased.

Glory  had died on July 15 to an illness but is yet to be buried due to delay from the hospital.

According to the deceased father, Samson Ekeleyede, the management UBTH has held on to the corpse over the inability of the family to settle an outstanding bill of N400,000.

Ekeleyede, who said he does menial jobs to feed his family, told journalists that his daughter’s sickness completely wrecked the family and they were still indebted to many people in their desperation to save her life.

“Our finances were completely wrecked due to Glory’s sickness. I do menial jobs outside to feed my children. My wife sells tomatoes and pepper in the market and that is how we have been managing.

“Glory hardly fell sick but the only time she took ill was the one that led to her death. We took her to some places for treatment because we thought she had a fever but when she wasn’t getting better after three days, we took her to Supreme Hospital where she was born and they referred us to UBTH.

“At UBTH, we did many tests and bought lots of drugs but she eventually died and we were told to pay an outstanding bill of N393,910 before we could take her corpse. They refused to let me have her body until I offset the bill. Ekeleyede said his family is appealing to the Edo State government, non-governmental organizations, and public-spirited individuals to come to their aid.

He added that the deceased’s father may not have gone through the right channel to seek the assistance of the hospital.

“We have a department; medical social services. That is where cases of indigent patients and social issues are handled and those are the ones that escalate it to management. Of course, they also have to do their own investigations to actually ascertain if you are truly indigent.

“This has to do with federal government’s revenue, and one cannot just by fiat tell them not to pay. The best that they can do is to write to the CMD who is the only that can do something on the issue.

“The management needs payment for services to sustain the hospital. So anything that has to do with government revenue, everyone is careful. It’s a pathetic situation but someone has to pay the money (good Samaritan, charity, NGO) someone should pick the bill.”