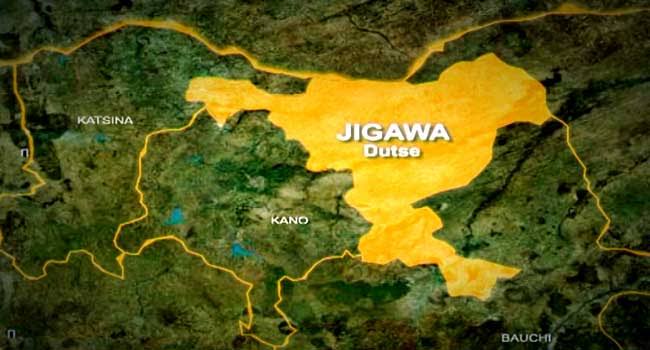 Three girls have drowned while bathing in a pond in Kaugama LGA of Jigawa state.

Adamu Shehu, spokesperson of the Nigeria Security and Civil Defence Corps (NSCDC) in the state, confirmed the development on Monday.

He said the girls decided to bath in the pond after washing their clothes.

The tragedy occurred at about 11 a.m., when the three girls went to a nearby pond about 300 metres away from their village to wash their clothes,” Shehu said.

“The NSCDC operatives in the area received a distress call at about 11:10 a.m. and rushed to the scene with the divisional disaster management officers for a rescue mission.

“With the aid of people of the community, they were able to recover the bodies of the three young girls after about 30 minutes of search-and-rescue mission.

It was also gathered that about 20 years ago, a similar incident occurred with three girls losing their lives to the pond.”

Shehu said the three girls were taken to the Kaugama General Hospital, where they were confirmed dead, adding that the remains of the deceased have been handed over to their parents for burial.

Musa Alhaji, NSCDC commandant in Jigawa, urged parents and guardians to keep an eye on their children and wards, especially in areas affected by flood.

The development comes days after 51 people were confirmed dead as a result of flood in some communities in the state.

Meanwhile, in another incident, the Jigawa police command confirmed the death of five persons in a canoe mishap that occurred in Gwaram LGA of the state.

Lawan Shiisu, spokesperson of the police command, at a media briefing on Monday, said the incident occurred on September 2 at about 7pm, when a canoe conveying nine passengers capsized in a river in the area.

“The incident happened at Martaba village, Gwaram LGA of Jigawa state, while the passengers were returning home after attending Juma’at prayer,” he said.

“On receipt of the report, a team of policemen rushed to the scene where four of the passengers — one Barkeji, aged 60, and three others, all of Martaba village — were rescued.

With the aid of local divers, five bodies were recovered. They are Lukateru, 60; Musa, 50; Sale, 50; Alhaji Shuaibu, 60; and Dogo, 50 — all of Darazau herdsmen settlement camp in Bauchi state.”

He added that the remains of the deceased have been released to their relatives for burial.