Three siblings and four adults have been reportedly killed as a result of the flooding that was witnessed during the two-day continuous rainfall in Lagos on Friday, 8th July, and Saturday, 9th July 2022.

The three siblings identified as Michael 18, Elizabeth 17, and Timi 14 years who lost their lives were residing in an uncompleted building at a church house belonging to Mercy of Christ Apostolic Church situated at Oke Isagun, Agbado Oke, Oko LCDA, Alimosho Local Government Area.

It was learned that two male adults drowned while trying to cross over a road along Alagnole – Akute Road by Four Gate Hotel, Akute in Ogun State, a border community to Lagos State. The third male adult that was saved is still on admission in the hospital but recovering fast. On Oyatoki, Orile Agege flood four persons were rescued alive.

While giving an assessment of the incident, the Southwest Co-ordinator National Emergency Management Agency, Farinloye Ibrahim said that the post-emergency phase assessment after the unprecedented rainfall of Friday, 8th July, and Saturday, 9th July 2022 have revealed that about seven people, three children of same parent and four adults died as a result of the Lagos Flooding that was witnessed during the two days continuous rainfall.” 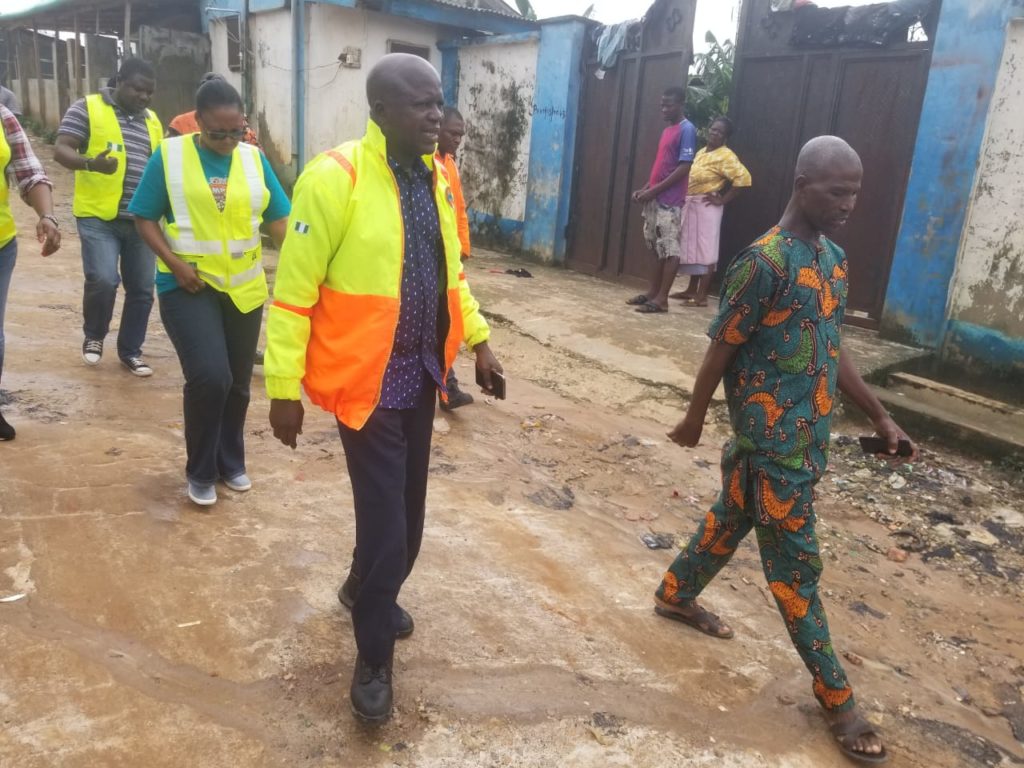 During the agency’s condolence visit to the bereaved family, Farinloye Ibrahim said the agency met the members of Progressive Community Development Area representatives who conducted the Agency around the areas. However, the bereaved parents were said to be on bereavement somewhere but NEMA team had a brief meeting with the community leaders on the way forward.”

According to Ibrahim, an appeal was made to the community that for the rest of the year, the community must embark on awareness and sensitization campaigns on safe actions to avoid the situation that they experienced during the period.

The Community leaders also informed NEMA that in the same community four siblings of same parents were also swept away on the same day but the community members rallied around and rescued the four of them.