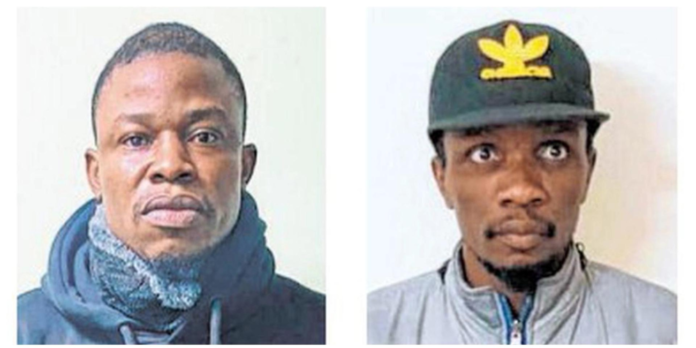 India Police have announced the arrest of two Nigerians, Augustine, 40, and his 37-year-old gang member, Ekene Godwin, for allegedly breaking into a bank network in Tamil Nadu.

NIGERIACRIME gathered that the suspects, who were linked with the phishing attack on the cooperative bank, had also targeted a bank in Gujarat from which they swindled 10 lakh.

While they used a cyber tool called Key Logger to break into the cooperative bank in Tamil Nadu, it was learnt that the suspects, in Gujarat they used a tool named Sweet-32 to carry out their illegal operation.

The Chennai cybercrime personnel who are inquiring about the arrested men have alerted their counterparts in Gujarat, and the officers in the latter have initiated action on the pending complaint.

There is an ongoing plan by the police to get familiar with the modus operandi of the suspects.

READ ALSO: My Husband Doesn’t Provide For Us, Beats Me – Woman Tells Court

They are said to be in judicial custody after being remanded by a magistrate court.

Usually, banks do not connect their core system to the internet so as to stay away from spyware and cyber-attacks. In this particular case, Augustine sent phishing mail to the bank officials. Soon after they clicked on the link, the embedded software Key Logger and NG Rok got downloaded and entered into the system without alerting the bank officials on November 18.

NIGERIACRIME also learnt that on November 2022, the gang accessed three accounts, made 32 transactions and took away ₹2.5 crore. On being alerted by bank officials, cybercrime personnel swung into action and managed to retrieve ₹1.5 crore.

However, ₹1 crore had already been transferred to accounts in Nigeria-based Zenith Bank and Bank of Nigeria.

The team of cybercrime personnel then rushed to Uttam Nagar in New Delhi, and camped there for a few days before making the arrests.