HomeKidnappingWe bought cattle with the proceeds of  kidnapping --- suspect
Kidnapping

We bought cattle with the proceeds of  kidnapping — suspect 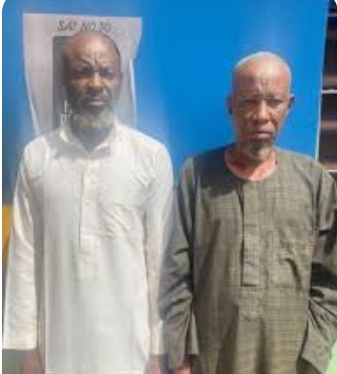 A member of a kidnapping syndicate Ibrahim Mumini Toyin who is currently being investigated by the Ekiti State Police Command has revealed that part of the money he received as ransom from victims was used to purchase cattle.

Mumini Toyin who was arrested alongside Alhaji Abashe  Adamu Idris confessed to the commission of the crime.

Toyin said he and four others who are children of Alhaji Abashe Adamu Idris kidnapped and murdered one of the two victims they kidnapped.

“Ibrahim Mumini Toyin disclosed that his share of the ransom allegedly paid was used to purchase cattle for him by Alhaji Abashe.

Speaking on the arrest, the Spokesman of Ekiti State Police Command, DSP Sunday Abutu said “the Command Rapid Response Squad in synergy with the vigilantes, acting on credible intelligence, arrested the suspects.“

“The duo has coordinated numerous high-profile kidnappings in Ekiti including the kidnapping of one Adeeko Ademola and Nasiru Salisu Adamsy Sawmill, Aisegba-Ekiti.”

“Suspects are in custody undergoing interrogation and will be arraigned after the conclusion of the investigation,” he added.