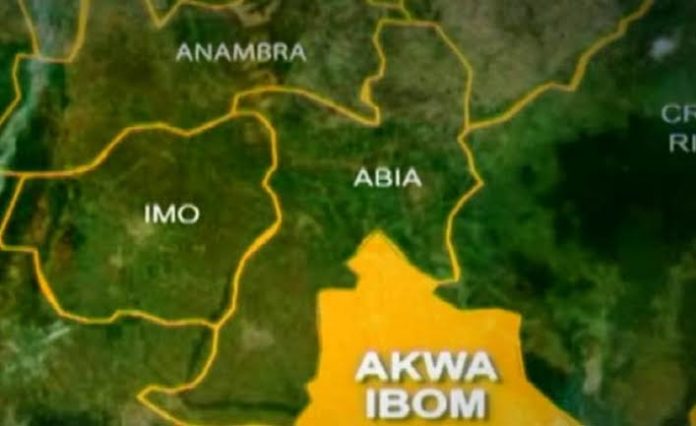 The Akwa Ibom police command says its operatives have arrested one Joy Emmanuel, identified as a 40-year-old, for allegedly arranging the kidnap of her husband.

Olatoye Durosinmi, commissioner of police in the state, said this on Friday while Joy was paraded before journalists.

Durosinmi said Joy and the kidnappers collected the sum of N2 million as ransom for the release of Emmanuel Ebong, her husband.

While speaking to journalists, Joy confessed that circumstances led her to arrange for the abduction of her husband.

I did menial jobs to fend for the family. I arranged his kidnap because I needed money to take care of the family,” Joy said.

“Unfortunately, I was not given the ransom after the abduction was successful.”

In his remarks, the victim said shortly after entering his house at about 8:30pm on July 21, he was taken away in a mini bus.

They took me out of my compound in a mini bus. They kept me for four days and demanded the sum of N2 million as ransom,” Ebong said.

“They took me me to Etinan where they caged me. I am very fortunate that the police came on a rescue operation.

“They collected N2 million from me. The police later recovered about N500,000 from them.”