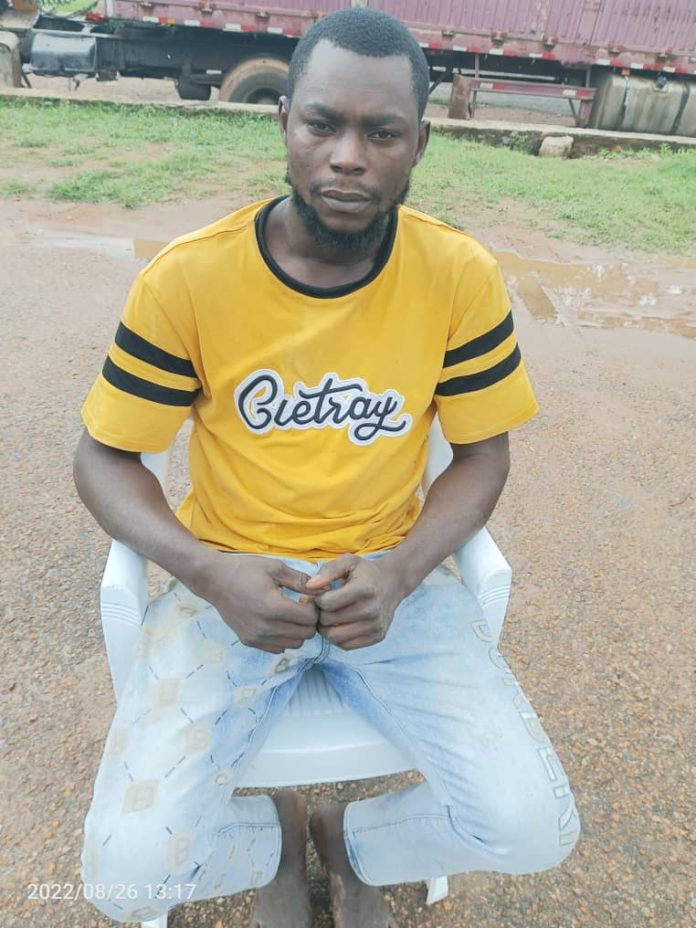 A 27-year-old man, Jolly Iyoha, who specialised in hijacking trailers and other articulated vehicles is currently being investigated by the
Oyo State Police command.

Iyoha reportedly hijacked a trailer laden with assorted goods. He hijacked the consignments which were designated to a store in Akure, Ondo State from Kano State, in Okene, Kogi State. Also, about 130 bags of rice valued at N4.68m were found in his possession.

NigeriaCrime.com gathered Iyoha, was arrested after the Command’s Monitoring Unit, in Eleyele, Ibadan received credible information that a member of a criminal gang specialised in hijacking and diverting trailers and other articulated vehicles laden with goods was on the prowl.

According to the command’s spokesperson, SP Adewale Osifeso the suspect’s arrest followed the credible information received from members of the public by the command.

Upon the receipt of credible information by operatives of the command’s Monitoring Unit, identified and tracked the trailer laden with goods and also arrested the suspect.

Preliminary investigations revealed that the trailer and consignments therein were designated to a store in Akure, Ondo State from Kano State before the hijack and that he masterminded the sales of part of the goods to criminal receivers in Okene, Kogi State.

“The suspect was arrested along Alakia area in Ibadan and has confessed to the crime. He is presently assisting with the investigations. Updates would be provided accordingly.”

In a related development, two suspects identified as Segun Folorunso, 53, and Sokunbi Oluwagbemiga, 32, have been arrested for car theft.

The suspects allegedly stole one unregistered Sonora car ash colour in Erio Ekiti and were arrested in Ibadan on their way to Iyana Ipaja area, Lagos.

The case, according to him, would be handed over to the Ekiti Police command for further investigation and prosecution.

Meanwhile, the Inspector General of Police, IGP, Usman Baba Alkali, will tomorrow, Monday, kick start a “3-Day Election Security Management Workshop Series” in the South-West Zone, in Ibadan, the state capital, as part of efforts to ensure a hitch-free general election in 2023.

The workshop with the theme: “The 2023 General Elections: Enhancing National Security Capacity for a secure and Credible Electoral Process in Nigeria”, will run from Monday, August 29 till Wednesday, August 31, 2022, at Ilaji Hotels and Sports Resort, Oloyo village, Ona-Ara Local Government area of the state.

The program which is designed to raise the level of sensitisation and security awareness will have in attendance relevant stakeholders involved with the process.