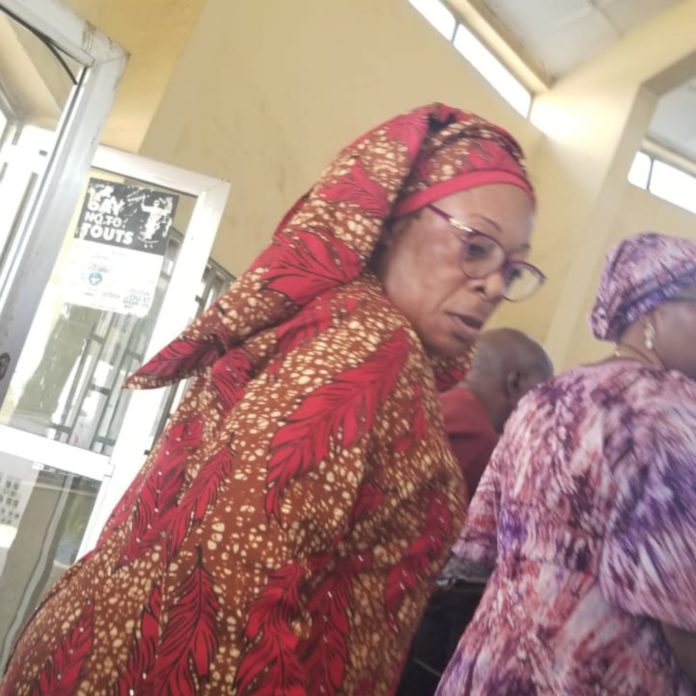 A High Court of the Federal Capital Territory, Zuba, has remanded a lady identified as Princess Helen Abang in Suleja Custodial Centre for allegedly faking ownership of 2 storey building of 6 units of three bed room flats each.

According to Mrs Elizabeth Ego Olejeme, the legal owner of the building situated at Plot 70, Yaounde Street, Wuse Zone 6 in the Federal Capital Territory, the defendant has rented out without consent of the legal owner.

The 80-year-old widow said she got to know of the trespass in 2006 and had been battling to recover the properties without success until the trespasser was arrested on 7th November, 2022.

The prosecuting lawyer, Abdulrasheed Sidi, told the court that the accused shunned Court summon for two times, until a bench warrant was issued.

READ ALSO: 4 arrested over killing of Ebubeagu operatives in Ebonyi

He told the Court, “The accused rented other 5 flats of the 3-bedroom and used the proceeds to fight the widow from recovering the houses since 2006.

“She illegally trespassed on the property and has remained there till she was arrested on 7th November, 2022 and charged to Court.

“On 7th November when the case came up for hearing, she refused to show up, but was moving from office to office in order to frustrate the case.”

He said the accused was arrested on 7th November and had been in custody of Police until she was brought to Court on 22nd November, 2022.

On her arraignment, the accused pleaded not guilty to the 7-count charge which was read by the Hon. Justice Ogbonnaya.

The presiding Judge adjourned her bail application to 25th November, while the dates for substantive suit hearing have been slated for 13 to 15th December, 2022.

Fraud: Rector, Others Charged To Court By ICPC