HomeTerrorismAnother kidnapped Priest has been murdered in Kaduna
Terrorism

Another kidnapped Priest has been murdered in Kaduna 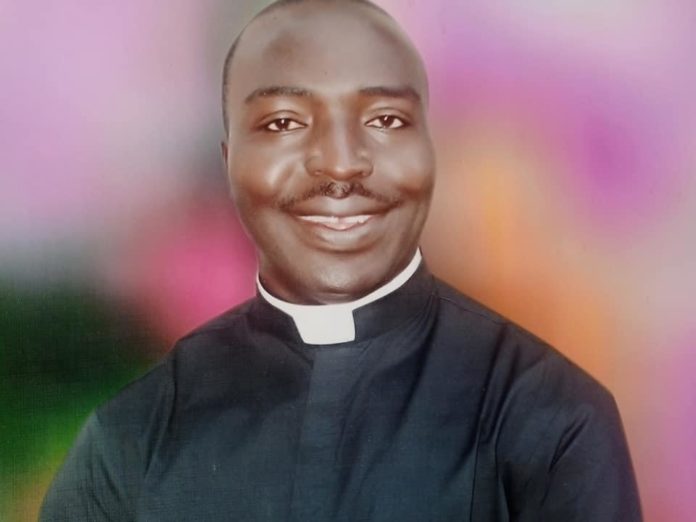 Another kidnapped Catholic Priest, Rev Fr John Mark Cheitnum, who was the Director of Social Communication, Catholic Diocese of Kafanchan in Kaduna State, has been murdered by terrorists.

The corpse of Fr. Cheitnum was found on a farm close to where he was kidnapped. The terrorists on Friday, July 15, 2022, kidnapped the two Catholic Priests in the Kafanchan Catholic Diocese.

Rev.Fr Emmanuel Okechukwu Okolo, Chancellor of the Catholic Diocese of Kafanchan, revealed that the slain Priest would be buried on Thursday, 21st July 2022 in Kafanchan.

Meanwhile, Rev Fr Donatus Cleopas who was kidnapped alongside the late Rev.Fr.Cheitnum escaped from captivity and reunited with his family.

It will be recalled that in the last few months, several clergymen have been abducted and killed. Some of those murdered recently include:

50-year-old Vitus Borogo, the Chaplain of the Catholic community of the Kaduna State Polytechnic and chairman of the Nigerian Catholic Diocesan Priests Association (NCDPA), Kaduna State Chapter. He was Borogo, who was killed by gunmen Saturday on his farm along Kaduna-Kachia road Saturday after gunmen attacked the farm on June 25, 2022.

Also, 41-year Reverend Father, Christopher Odia, was killed a few hours after he was abducted while coming out for Sunday Mass at his rectory, St. Michael Catholic Church, Ikabigbo on June 26, 2022, at about 6:30 a.m.

“It is a deliberate act that the terrorist who present themselves as Moslems when they are not but they are projecting Islam with their activities, it is clear that they are not Islam because they kill, and maim Moslems and Christians. Though we have more Christians. Terrorists are people who do not have concise, they have access to information. We are trying to be careful about what we say because we don’t know the network they are using, and we don’t know those who are under the payroll of these terrorists.”

Lamenting, the spate of attacks on clergymen Toyin Ndidi Taiwo-Ojo Legal practitioner explained that until we begin to understand that terrorism does not have any ethnic or religious colouration we will continue to be in the situation that we found ourselves.”

“The government has to stand up and ensure that every form of the terrorist attack on churches, or kidnapping of clergymen across the country is met with stiff opposition, the perpetrators are arrested, and make sure they are prosecuted to serve as veterans to others.

“The proliferation of terrorist attacks on churches and clergymen is because of the lukewarm attitude of the government to this crime. Terrorism is a crime against the state, it will get to a point, we will be like Somalia where there are tribal heads, and terrorism and piracy are right and you see people negotiate with clan heads to get a release of the people. The government needs to rise, today it is the churches tomorrow it may be the mosques, it may be any other person. No one is safe, till we join hands together to stop this evil menace.”