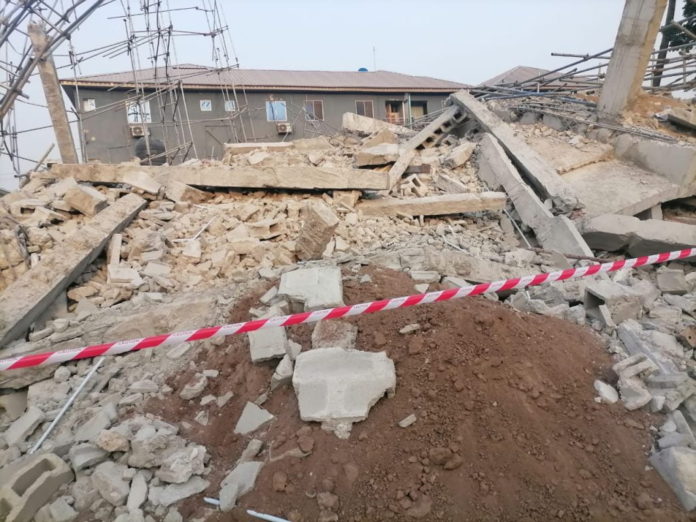 Three children have been reported dead in a building collapse at Jigawar Tsada village in Dutse Local Government Area of Jigawa State.

A community leader said the incident happened on Thursday night as a result of a heavy downpour.

He said the building collapsed while the children were sleeping and all of the victims died on the spot.

Confirming the incident, Police spokesman, DSP Lawan Shiisu Adam said the building collapsed at Jigawar Tsada village due to the heavy rain which lasted for hours on Wednesday night.

According to him, on receiving the report, detectives moved to the scene, evacuated their bodies and rushed them to General Hospital Dutse.

He said all the three girls were confirmed dead by a medical doctor.

Shiisu said their corpses were released to their relatives for burial according to Islamic rite.

The Commissioner of Police, Jigawa State Police Command, CP Aliyu Sale Tafida condoled with the parent, family and relatives and prayed the Almighty Allah to give them the fortitude to bear the loss.

The collapsed building is adjacent to a bank at Awosika, Bodija area of Ibadan.

A witness was quoted as saying the incident happened around 5.45 am when Muslim faithful were returning from their early morning prayers.

The witness said rescue teams, including people in the neighbourhood and passers-by, have been able to rescue seven people who are currently receiving medical care at the University College Hospital, Ibadan.

Osifeso said the site has since been cordoned off with adequate deployment of police personnel in the interest of public health and safety.

He said a combined team of the state fire service, Federal Road Safety Corps, and other security agencies are working to remove the debris, and in search of other survivors.