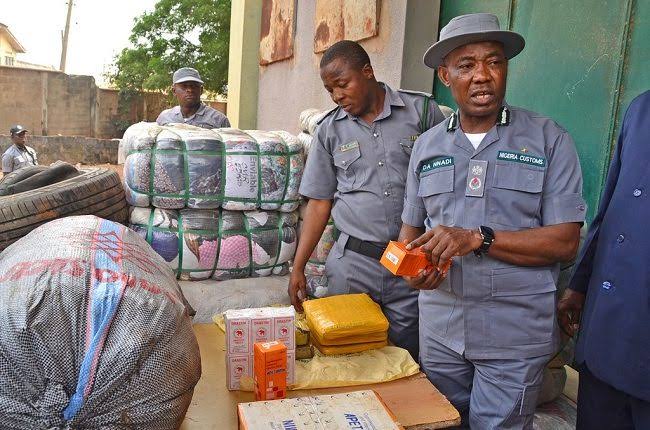 The Nigeria Customs Service (NCS) says it has intercepted 20 drums of calcium carbide in Ogun state.

He said calcium carbide is a chemical used in manufacturing improvised explosive devices (IEDs) and could cause security challenges if not controlled.

It is instructive to emphasise that such importation raises concerns about national security,” he said.

“This is because it is a chemical used in the manufacture of improvised explosive devices (IEDs) and could cause danger to life and property.

“Allowing things like this chemical into the society uncontrollably could create serious security challenges for the country because carbide is highly flammable, reactive and can cause explosion hazards when mixed with other chemicals and exposed to water or moisture. It forms flammable acetylene gas that could be used to endanger lives by lawless persons.

He said that owing to its composition and to prevent security challenges, the importation of calcium carbide is controlled by the office of the national security adviser (NSA).

“Higher exposures may cause a build-up of fluid in the lungs and could lead to emergency medical situations. Its importation is, therefore, strictly controlled by the office of the national security adviser (NSA),” he added.