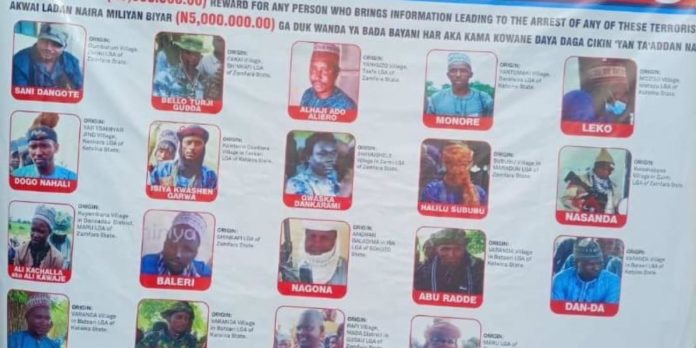 The Islamic terrorists were declared wanted on Monday with a N5 million bounty for people with useful information that could lead to their arrests.

The names of the 19 terrorists declared wanted as published on Monday by the Nigerian Defence Headquarters are as follows: