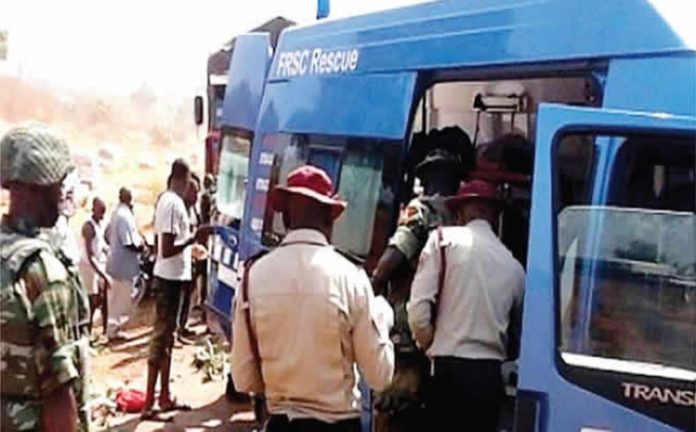 A girl and four adults died in a road accident involving a jeep and a truck at Enugu-Agidi by Awka-Enugu Expressway in Anambra on Sunday night.

Adeoye Irelewuyi, the state commander of the Federal Road Safety Corps (FRSC) in Anambra, confirmed the incident  on Monday in Awka.

Irelewuyi said the accident was caused by speeding and loss of control.

” According to eyewitness report, the truck driver was on speed, he lost control of the vehicle and rammed into the Lexus SUV.

“A total number of five persons – three male adults, a female adult and a female child, were involved in the crash. Five of them were killed.

“FRSC rescue team from the Sector Command took the victims to Chukwuemeka Odumegwu Ojukwu University Teaching Hospital, Amaku, Awka, where they were confirmed dead by the doctor on duty and the corpses were deposited at the hospital morgue,” he said.

While condoling with the families of the dead, the Sector Commander warned motorists, especially truck drivers, to avoid speeding and keep to recommended speed limit.

“Kill the speed before it kills you and drive to arrive alive. Let us keep our roads safe from crash, ” he said.