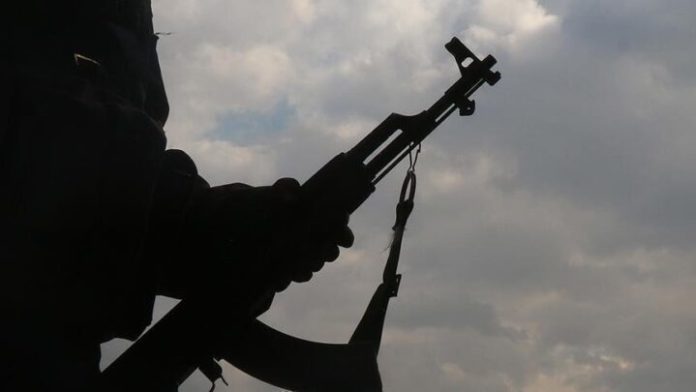 A divisional Crime Officer attached to Isuochi Police station, Abia State Police Command has been kidnapped by gunmen in the state.

The officer, simply identified as DSP Dickson was reportedly abducted in broad daylight on Thursday, August 10, while other policemen narrowly escaped.

NigeriaCrime.com gathered that DSP Dickson who hails from Enugu State barely has a few months to retire from the Nigeria Police.

The family of the kidnapped DCO has paid an undisclosed amount of ransom demanded by his abductors, yet the DCO is still held captive.

However, all efforts deployed by the Police authorities to rescue the victim and his abductors, have not yielded the desired result.

The unsuccessful search by the tactical team is said to have fueled speculation about the safety of the top policeman. As well as dampened the morale of officers in the area.

A colleague of the DCO who spoke on condition of anonymity urged Gov. Okezie Ikpeazu to put more effort to check the rising kidnapping incidents in the Umunneochi/ Isuikwuato area and liaise with the police hierarchy to reorganise the police in the state.”

Lamenting he said that there are serious security challenges all over the state, especially the Umunneochi/Isuikwuato axis. I don’t understand why the authorities are playing politics with reality. Why can’t they accept that there’s a problem and call for help? What’s happening all over the country is also here, but our own is suppressed and underreported.”

Reacting to the abduction of the Divisional Crime Officer, DCO in charge of Umunneochi Local Government Area, DSP Dickson, on Thursday, Ohuabunwa said the time had come for a drastic measure to be taken by the Federal Government to curb the menace.

He recalled that the incident is coming less than two weeks after bandits blocked the Enugu-Port Harcourt Expressway between Leru and Ihube Okigwe border, and in another incident, bandits attacked a family at Lomara Isuochi.

Senator Ohuabunwa, therefore, called on President Muhamnadu Buhari as a matter of urgency, to take action to restore security in Abia North.

The former Leader House of Representatives said time had come for a Deputy Inspector General of Police, DIG, to be deployed to Abia North to personally coordinate the fight against insecurity in the area.

Ohuabunwa told the Federal Government to do something urgently to curb the menace, otherwise the people might be tempted to resort to self defense.

Senator Ohuabunwa who represented Abia North in the eight senate expressed urged communities in the zone to revive their local vigilantes and remain on alert.

” Things are getting out of control. We won’t accept this anymore. If a DCO can be Kidnapped it simply means that nobody is safe anymore”.

Senator Ohuabunwa appealed to the abductors of the DCO to please release him so he could be reunited with his family.