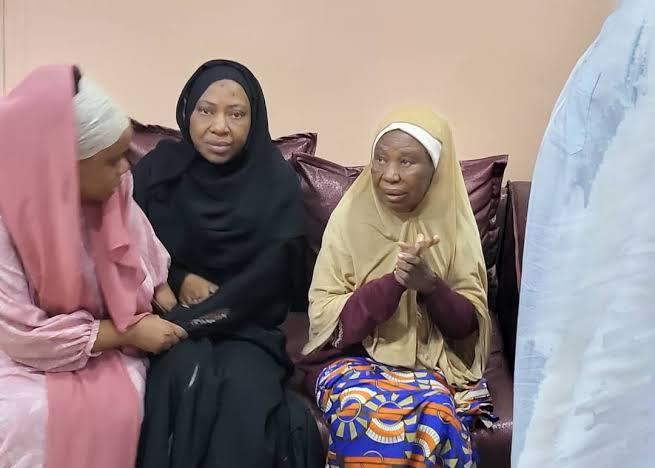 Four more passengers abducted in an attack on a train in Kaduna have regained their freedom.

With the release of the four victims, 28 other passengers are still being held by the terrorists.

On March 28, a train on its way from Abuja was attacked by bandits in Kaduna state.

Several persons were killed while many were abducted during the attack.

Since the incident, the abductors have been releasing the captives in batches

“I can confirm that earlier on Friday, four additional victims of the train attack were released by their abductors. The four released victims just left my office,” he said.

“They said they came collectively to thank me for the past efforts I made to mediate on their behalf and for convincing their abductors to drop the threats of executing them and to plead for all stakeholders, especially the federal government, to intensify efforts as the condition of the remaining 23 victims they left at the forest is pathetic.

“Mama Halimatu Atta, a 90-year-old woman, and her daughter, Adama Atta Aliyu, are among those released.

“The others are Mohammed Sani Abdulmaji (M.S Ustaz) and Modin Modi Bodinga.”

Last week, a family of six and one was released by the bandits.