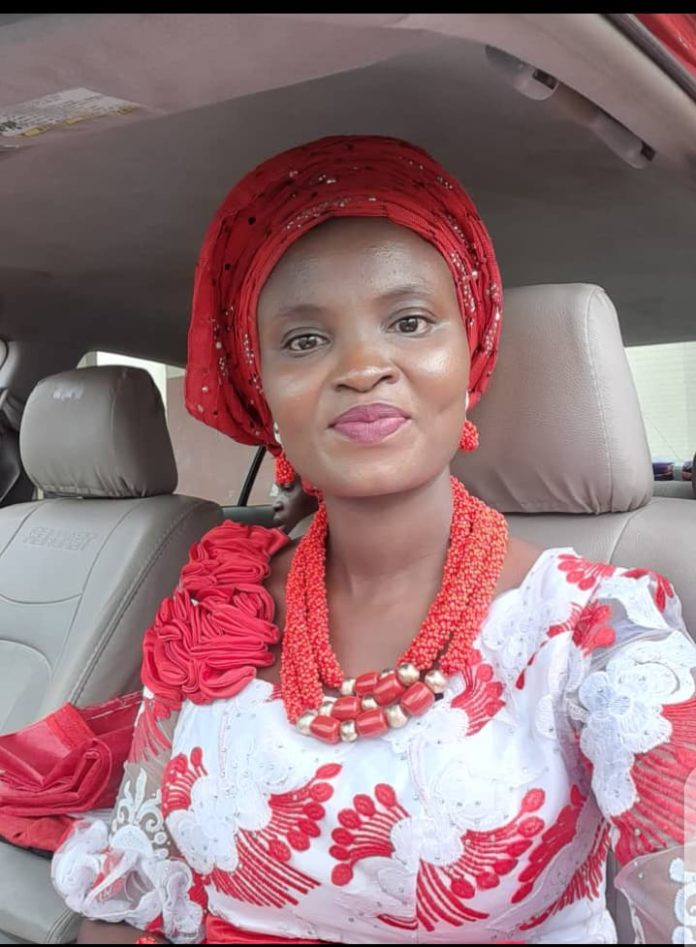 Kidnappers responsible for the abduction of a teacher, Olayinka Kayode and her child on Wednesday reached her husband, Kayode Abayomi, demanding five million naira ransom before they could release the mother and child.

According to family sources, the kidnappers demanded that the ransom should be paid into the victim’s UBA account.

NigeriaCrime.com gathered that the teacher, Olayinka Kayode along with her child were reportedly kidnapped by unknown gunmen while returning from school in Osogbo, Osun state capital.

The woman, a member of Union Baptist Church in Osogbo, according to the Church’s Senior Pastor, Rev. Sunday Adediwura was abducted on Tuesday evening around Ota-Efun/Kobongbogboe in the evening.

The Pastor on Wednesday said the woman was kidnapped at gunpoint while returning from her shop around 6 pm within Ota-Efun in the state capital.

Confirming the abduction, Osun Police command public relations officer, Yemisi Opalola said the police anti-kidnapping team is on the trail of the kidnappers to rescue the victims.

“Yes, we are aware of the incident. Our men are presently searching for the abductors in a bid to rescue the victims. The police is on top of the situation”, she said.

In a related development, bandits have reportedly killed an elected Councilor, Saleh Alawa in Niger state.

The Councillor was on his way to his village Alawa when he and his men ran into the bandits around Zumba road where he was murdered instantly.

However, his assistant escaped from the assailants.
Angered youths in the area swung into action by embarking on a search of the bandits in the area and eventually succeeded in apprehending an informant at Gwada town.

The informant it was gathered has been handed over to the police for more investigation and prosecution.

The Commissioner for Internal Security and Humanitarian Affairs Emmanuel Umar when contacted confirmed the incident adding that efforts is ongoing to apprehend the criminals.

He called on the villagers to avail the security agents of useful information that could easily lead to the arrest of the criminals.