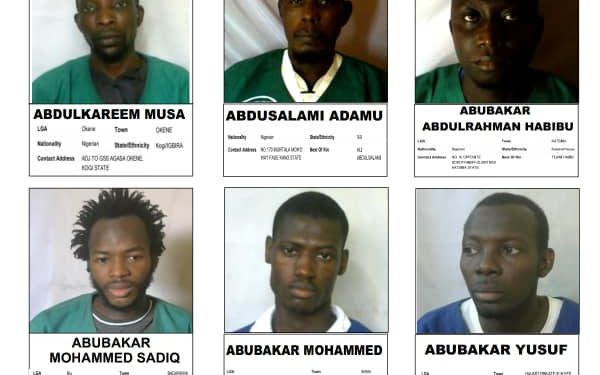 The federal government has began uploading the data of the escaped terrorists and other criminals to the International Criminal Police Organisation database.

He said the names, pictures and other data of the inmates have been circulated to other security agencies.

“They are working on it; the ones they uploaded are not too clear to my liking and the management’s liking. Hopefully, they should be through tonight.,” he said.

“Yes, we have access to the (Interpol) database. Every inmate or suspect that is brought to our facility, we photograph him and have the details about him before it goes to our database.

“They are trying to upload it and work on it so we can have the details of the offences committed and have the next-of-kin and take appropriate actions.”

Abubakar also said  the service had alerted other security agencies to look out for the fleeing inmates.

“We have sent the list to other security agencies but the issue is that we want to upload the information with their pictures captured for easy identification by this night (Thursday) or earliest tomorrow morning (Friday); by 8am, we should be through.”

Also, the reconstruction of the bombed facility began on Thursday.

“The prison has CCTVs, it is just that the cameras do not cover as far as the gate where the soldiers are. But within the walls, there is CCTV. The pictures of the fleeing inmates have been sent to Interpol,” he said.

It was also gathered that the list included fleeing inmates that some suspected Boko Haram members currently standing trial are among the fleeing inmates.

One of which is; Yasir Salihu aka Dan Birni, an avowed Boko Haram member who confessed to killing influential Kaduna cleric, Sheikh Auwal Albani, on the order of the late Boko Haram leader, Abubakar Shekau, is also among those who escaped. Also on the list is Kyari Goni, a former commander from Shekau’s faction who willingly surrendered to the military.