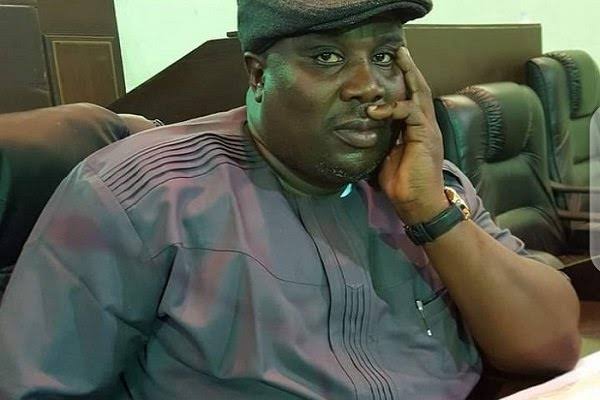 The Ogun State House of Assembly has suspended the deputy speaker, Hon. Dare Kadiri, for initiating the ongoing trial of the Speaker, Olakunle Oluomo by the Economic and Financial Crimes Commission (EFCC).

Last Tuesday, NigeriaCrime reported that Oluomo was arrested and detained , by the anti-graft agency over alleged money laundering.

He was however granted bail by a federal high court in Lagos.

Oluomo’s ordeal began after the impeachment of the deputy Speaker, over alleged misconduct. Kadiri alleged that Oluomo engineered his impeachment.

According to the assembly, his suspension is until further notice

On Tuesday, during the plenary, the Speaker, Oluomo said the duo were suspended following the adoption of a resolution, and in line with the provisions of Section 14 and 15 of the Legislative Houses (Powers and Privileges) Act, 2017.

Reading the suspension notice to members of the Assembly, the Speaker said, “Order 6, Rule 19 (2) says that whereof a matter of privilege arises, it shall be taken into consideration immediately; in the note of that, I want to say that I received a resolution by appropriate number of members of this house raising issue of Privileges and it read thus”, Resolution 131/ OG/ 2022- suspension of some honourable members for the breach of the provision of the Legislative Houses (Power and Priviledges) Act, 2017.

“Having found to have severally and contentiously breach the Rights and Priviledges of the Ogun State House of Assembly and its Leadership, through violation of the provisions of Section 17 of Legislative Houses (Power and Priviledges) Act, 2017.

“The following Honourable member, Hon. Oluwadamilare Kadiri (Ijebu North II State Constituency) and Solomon Osho (Remo North Constituency) are hereby suspended from the House and its activities forthwith until further notice in line with the provisions of Sections 14 and 15 of the Legislative Houses (Powers and Priviledges) Act, 2017.

“Since this has been signed by the appropriate number of people, it requires no vote or anything, so they stand suspended”.